Aaron Thornton, a 29-year-old marketing student, believes the country should leave the EU but should also address the reasons why people voted out. “Another referendum would not work, there would still be racial prejudices, which is the problem we need to solve.” For the sake of the economy, he says it is best to not leave other countries in a state of uncertainty. “The UK is the fifth largest economy, but a lot of trade agreements are now in limbo.” Photo: Aaron Thornton 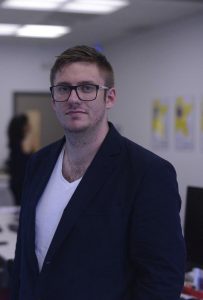