Jeremy Bartolome, 22, who studies engineering, argued refugees were incorrectly reported as threats. “I wanted to leave the country when they chose to vote out,” he said. Bartolome said staying in the EU would he a “wise decision” and he would vote remain if there was a second referendum. “At the time (of the referendum), I was not registered to vote which was stupid of me. But even if I was, like many, I would not have been informed enough to make a decision.” Photo: Jeremy Bartolome 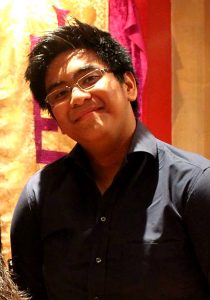