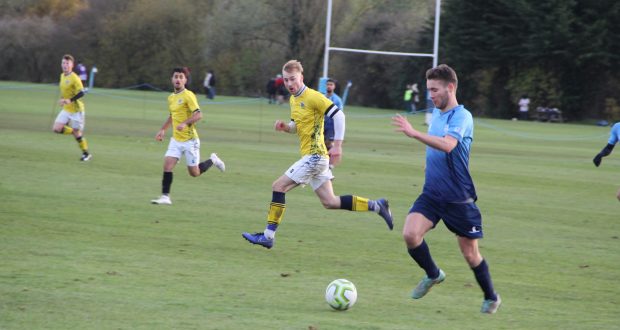 Football: Poor Kingston side gets thrashed by Brunel

Kingston suffered a heavy defeat at Tolworth Court Sports Ground on Wednesday with Dominic Edwards scoring a hattrick for Brunel.

Brunel opened the scoring in the first quarter of the game as Petrit Krasniqi scored with an along with the ground shot from outside the box.

Dominic Edwards then beat the Cougars defence with a dummy shot and placed it in the corner from inside the penalty box.

Brunel then continued their dominance with another three goals from Jake Chaplin, Krasniqi and Edwards before half time as Kingston already looked defeated.

The second half was no better for Kingston as in the first five minutes of the second half, Baback Dehghani looped the ball over the keeper from long distance.

Brunel then added the cherry on the cake 10 minutes before the end as Edwards completed his hattrick.

Kingston was dominated from the start and fell to defeat yet again after their 4-2 defeat to Surrey University last week.

Hopefully, the Cougars will get back to winning ways against Portsmouth 2nds at home next Wednesday.