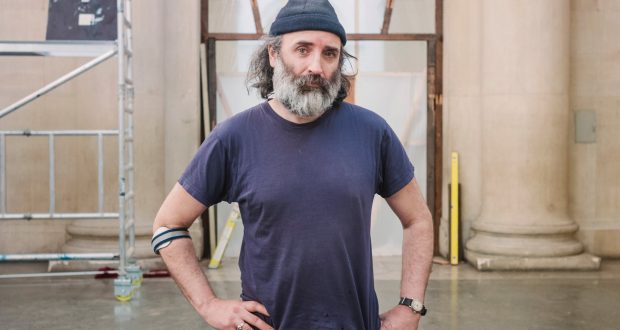 Mike Nelsons artwork was featured in Tate Britain until October last year and now some of it lives in Town House Photo: RexFeatures

An art installation made by a Kingston University professor commissioned by Tate Britain is now displayed in the Town House as part of the Kingston Spotlight series. 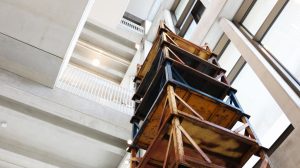 An old scaffold can be found in the Town House reception Photo: Will Sawyer

Speaking to The Guardian, Nelson said: “There’s stuff from old haulage companies and from plastic, metal, woodworking, knitwear and textile industries. Farming is in there as well.

“To some degree, it’s dictated by what was around when I was looking. The work is based on online auctions, where they’re asset-stripping companies.”

Nelson made The Asset Strippers for the annual Tate Britain Commission back in March 2019.

The collection was on show at Tate Britain’s Duveen galleries from March to October 2019, but a selection of works has been living in KU’s new Town House building since February 17.

Kingston Spotlight is a programme of events and exhibitions which celebrates KU’s past and future. 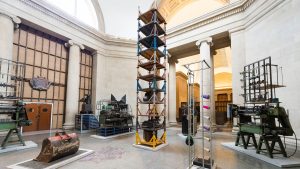 Nelson also said that each object in the collection was chosen to represent the decline in industry in post-war Britain.

Nelson represented Britain at the Venice Biennale Art Exhibition in 2011 and, on top of that, was nominated for the Turner Prize in both 2001 and 2007.