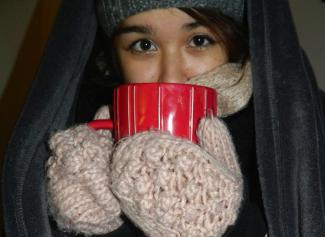 Seemingly inspired by the students of his constituency, Kingston MP Ed Davey has revealed that he wears jumpers at home to keep his bills down.

Davey, who is also the government’s energy secretary, mentioned this ingenious idea on BBC2’s Newsnight last week after British Gas announced a price increase of up to 10 per cent.

It would have been a throwaway line, had a prime minister’s spokesman not added to the debate. Wearing jumpers, said the spokesman, was something people should consider.

Cue jumpergate: Davey’s comment had Twitter in stitches for the rest of the weekend, and Labour had a field day.

“Their crime policy used to be: hug a hoodie. Now their energy policy appears to be: wear a hoodie,” said Ed Miliband, in an attempt to prove that the government was once again “out of touch” with the general public.

Predictably, Downing Street was forced to backtrack, stating that the prime minister would not advise people on what to wear.

By that time, Lord Ashcroft, the former deputy chairman of the Tories, had already tweeted a picture of himself in a jumper “in support of the PM’s advice”.

Putting on a jumper may seem a radical notion for politicians, but students already wear layers upon layers of clothing to scrape by without heating all winter.

Of course, the government could freeze energy bills but that would mean agreeing with Labour, so that’s pretty unlikely.

Jumpers it is, then. But with a price increase imminent, we can’t go investing money in more jumpers if we still want to cook and have a hot shower every now and then.

So let’s look at alternatives for us.

I suppose the next logical step would be to huddle around an imaginary fire while wearing several itchy Primark jumpers each. I’m afraid setting wheelie bins on fire would be too summer 2011, so the warmth will have to remain imaginary.

A quick jog to the nearest off-licence also does wonders for illusory body heat, I’m told, as does downing a bottle of cheap alcohol. If you can’t afford booze, worry not – a run to the food bank warms you too.

And do make use of bonfires on November 5. I’d advise against going all Guy Fawkes, although you do get free heating in prison.

Okay, none of these would get Ed Davey’s stamp of approval. So what will he do when the prices rise even higher? If Kingston students are his inspiration, his next step will clearly be wearing a onesie at home.

As much as I want to see Lord Ashcroft in a tiger onesie, possibly doing an impression of Katy Perry’s Roar, there must be a better way to reduce energy costs across the country.

Maybe we shouldn’t start with student housing, but at the very top. Rather helpfully, 10 Downing Street’s energy use can be accessed online. Last weekend, David Cameron’s home averaged around £375 in energy cost alone – on a single day.

Perhaps the Prime Minister ought to take a leaf out of Ed Davey’s book and start wearing an extra jumper at home.

Alternatively, he could freeze energy bills instead of, well, letting us students freeze.