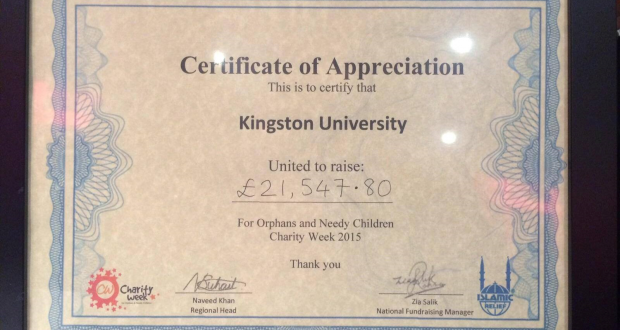 The charity week London team in association with Islamic Relief UK held a dinner on November 27 2015 at the Waterlily Venue, where it was announced that ISoc raised £21,547.80.

London communities, colleges, and universities raised £435k and the international total was approximately £755k. The funds will be split equally between six projects.

Mohsin Ahmed, an ISoc committee member, said: “Who could have thought University students with just ordinary grants and loans could raise this much? I’ve been inspired greatly with many other students.