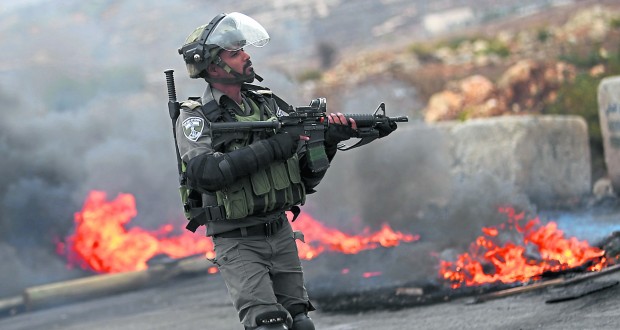 Kingston University lecturers who pledged to boycott Israeli universities have spoken out to explain why pressure should be brought from academic institutions.

Professor Vron Ware and Dave Tinham signed a petition pledging not to collaborate with Israeli academic institutions in protest of human rights violations against the Palestinians. More than 600 UK academics have signed it.

Professor Vron Ware said: “I believe that universities have a crucial role to play in providing alternatives to armed conflict and, in particular, the violent suppression of the powerless. Universities are supposed to be institutions that promote understanding of the world’s problems through education, dialogue, creative exchange and freethinking debate.”

“Expressing solidarity with Palestinian academics by signing the commitment to boycott Israeli universities – not individual academics – is really a basic step in re-iterating that belief. It signals a refusal to be complicit in supporting institutions that invest in research, technology and other kinds of justifications for maintaining the occupation.”

Supporters have stressed that it is only aimed at the academic institutions which are playing a role in bolstering the occupation.

Sarah Colborne, Director of Palestine Solidarity Campaign, said: “These institutions include the Technion-Israel Institute of Technology, which has strong ties with the Israeli military and arms manufacturers. Technion offers what it calls ‘tailored’ programmes to the Israeli army and Ministry of Defence. Its scientists have developed a remote-controlled bulldozer which is used to demolish Palestinian homes.”

Dave Tinham visited Israel and Palestine in 2000 and then again in 2011 as part of a field trip with students from Roehampton University.

He said: “I experienced what for Palestinians is the daily humiliation of the check-point where you never know whether you are going to pass through in minutes or be detained for hours for no apparent reason, always under the watchful eyes of soldiers with assault rifles that are sometimes raised and ready to fire.

Tinham said the problems visitors face are pale in comparison. He explained about his time at Ben Gurion Airport.

“I was interrogated for three hours, first on the concourse then in a side room that had what looked like dried blood on the wall, being asked over and over the same strange and disorientating questions by what appeared to be an increasingly senior level of command.

“I eventually expected to be put on a plane back home. But all of a sudden, they said ‘go’. It took me a minute to realise that I was free to get the bus to East Jerusalem.”

The Guardian published a letter by a member of the public, responding to Boris Johnson’s recent claim that those who support the boycott are “a bunch of corduroy-jacketed lefty academics”.

Jane Diamond wrote: “I voted Conservative and wear skinny jeans with my leather jacket. I have worked in a Russell Group university and in a Palestinian university on the West Bank. I am infuriated by Johnson’s remarks. Perhaps I’ll become a corduroy-wearing Labour voter.”

The Board of Deputies of British Jews criticised the call for an academic boycott, stating it would not help academic dialogue between the Israelis and Palestinians.

Naomi Wimborne-Idrissi, secretary of the UK organisation Jews for Boycotting Israeli Goods (J-BIG), said: “The Board of Deputies of British Jews and others who claim that the boycott is “singling out Israel in a discriminatory fashion” are simply making hypocritical excuses for the Israeli state so that it can be free to continue its illegal occupation and colonisation of Palestinian land.”

J-Big also support the Artists’ Pledge for Palestine which makes a similar statement from a cultural perspective and has been signed by more than 1000 UK artists.

Wimborne-Idrissi said: “The BDS movement is the non-violent response from individuals and organisations working for freedom, justice and equality for all in the Middle East. The way things are in the world just now, we need this sort of movement more than ever.”

The BDS goals seek to decolonise Palestinian land and the Golan Heights, in Syria which has been occupied since 1967; grant equality to the Palestinian citizens of Israel; and allow the right of return of Palestinian refugees, which remains as the world’s largest and protracted refugee situation unresolved since the establishment of Israel in 1948.

Colborne said: “It was Palestinian civil society which, in 2005, called on people across the world to support BDS, including academic boycott. The Palestinians were inspired by the boycott campaign against apartheid South Africa, a campaign which was instrumental in helping to bring freedom to black South Africans.”

Palestinian journalist, Sameh A. Habeeb, came to Kingston University on November 26 for the week event, “War and peace: understanding and addressing conflict”, where he shared his thoughts on the BDS campaign.