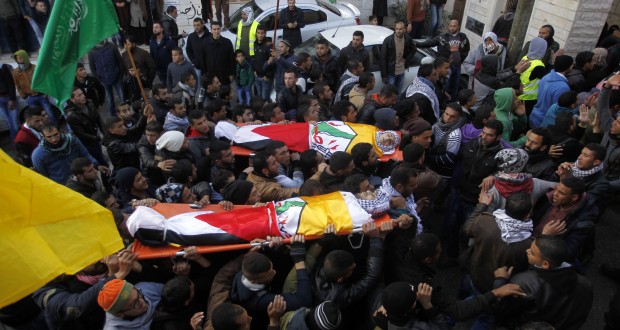 The three toughest challenges of 2016 – So far!

The advent of the new year could not have been grimmer. The shooting in Israel’s capital Tel Aviv, Saudi Arabia’s execution of Sheikh Nimr Al-Nimr and North Korea’s test of a hydrogen bomb heralded our dark transition into 2016.

Bloodshed and tension marred each day of the first week as if to deliberately remind us that the world is increasingly unstable. Needless to say that such negativity is more than enough to annihilate the new-year resolutions of the most optimistic comedian, let alone us average people. Reflecting on the challenges of 2016 won’t make the difference but, at least, we’ll be better prepared to face them with optimism.

Three events could potentially trigger a revolution in the west in 2016. As drastic as it sounds, we have to acknowledge that pessimism and malcontent will continue to thrive if there is no change in international policy. Let’s start with Europe, to which over one million migrants came during 2015 to flee war in Africa and the Middle East.

Although fewer are risking the journey in harsh weather, the warmth of the spring will certainly attract hundreds of thousands and we’ll be back to where we started in 2015. The difference is that this year Europeans in liberal countries such as Germany and Sweden are beginning to understand how hard it is to integrate citizens from relatively patriarchal societies.

This realisation is embedded in nationalistic movements across the continent and shows that more and more Europeans are fed up with how the migrant crisis is being managed. Growing malcontent should serve as a wake-up call for Europe to review its pathetic strategy on migrants before angry citizens take to the streets of European capitals to demand the resignation of their governments. Of course we should allow migrants into the peaceful EU, but a repetition of 2015 would be a display of utter incompetence.

The second event with enough prowess to revolutionise Europe is Britain’s role in the 28-country bloc. David Cameron’s promise of a referendum on whether Britain should stay in or leave the EU may well take place towards the end of 2016. Regardless of the pros and cons for the UK, the possible Brexit would fuel nationalism in other European countries, which could even decide to follow suit.

If countries prioritise their own national interests, in the future the EU would be less capable of handling crises, at which it’s never been terribly successful. More crises bring more pessimism, both in Europe and in what would be left of our lonely Britain. So let’s think twice before voting to leave. No one wants a powerless and unhappy island.

The third potentially revolutionary event of 2016 is the US presidential election, and let’s be clear: the prospect of Donald Trump at the helm is so breathtakingly catastrophic that we should at least contemplate it. Not only would a ban on Muslims instigate religious hatred but it would also fuel terrorism, which any leader with a functioning brain would try to avoid.

As tempting as it may be, banning Trump from the UK would not work either. Let’s not forget that in the hopefully impossible scenario that he is elected, cutting ties with the US would isolate the UK and feed our fears about the future. We should instead gather every remnant of optimism in our bodies and hope that anyone but Trump takes over the most influential nation on Earth.

To conclude in the encouraging tone of Obama’s last State Of the Union address: “Each time there have been those who told us to fear the future. And each time we overcame those fears.”