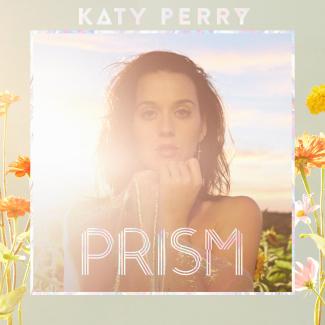 Three years after the release of her hit album Teenage Dream, Katy Perry is back with her highly anticipated fourth studio album, Prism.

As the follow-up to Teenage Dream – which achieved worldwide success with its track listing of bright, catchy pop tunes – Prism has a lot to live up to.

Many of the songs on Prism echo the sounds of Perry’s previous upbeat and sunny songs such as the jet-setting International Smile.

This Is How We Do is reminiscent of Last Friday Night (T.G.I.F), a perfect party tune with its infectious chorus: “This how we do, yeah, chilling, laid back/ Straight stuntin’ ya we do it like that/ This is how we do, do, do, this is how we do.”

Legendary Lovers is also a notable track on the record as the singer moves away from her usual commercial pop sound to try her hand at something that has more of an indie vibe to it.

The song-writing on the record however, has not made much of a progression from the cheeky references and clichés found on Teenage Dream. Birthday, for example, features the lyrics: “So let me get you in your birthday suit/ It’s time to bring out the big balloons.”

The album does what is says on the tin in as  much as it covers the full spectrum of human emotions.

The 28-year-old Californian star shows her vulnerability from recent events in her life on Prism, and as her hit empowerment single Roar shows, she’s not about to let something such as her divorce from Russell Brand knock her down: “Cause I am a champion and you’re gonna hear me roar.”

The honesty of the lyrics of the final track, the ballad By The Grace Of God, make it the hardest hitting song on the album. “I looked in the mirror and decided to stay,” references the singer’s suicidal thoughts following her marital split. “I thank my sister for keeping my head above the water.”

Prism is an album that shows off what Perry and her team do best, producing upbeat songs with catchy beats and lyrics.