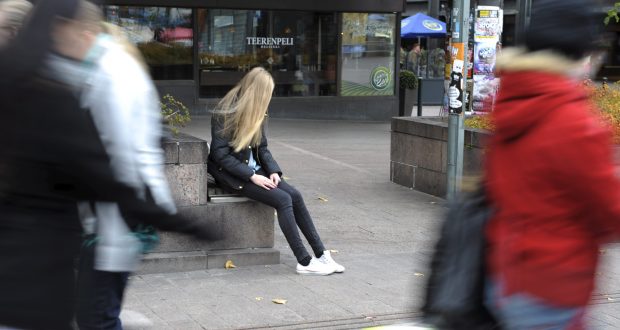 Cutting out ‘toxic people’ – Is it really that helpful?

Is the social media phenomenon of ‘cutting out toxic people’ the reason why we feel lonely? Aimee Miller reflects on her experience.

A year ago, I cut off seemingly toxic friendships in the name of my mental health. But it did more harm than good. Now, I don’t want you to make the same mistakes.

I was in my second year of university, and like most friendship groups, mine was going through the wringer.

Months worth of bitter texts, passive-aggressive comments and pent up anger had culminated in a strained relationship.

I was struggling to swim against the tides that were my failing friendships, uncomfortable living situation and ever-increasing work stress. Each day left me stranded on an island in my own mind.

After reading an article, and I’ll admit, seeing a couple of memes, I had somehow convinced myself that I was in a toxic friendship.

At this point, it was easier for me to believe that my friends were the ones who were causing me to feel this way and that everything wrong had spiralled from that.

I was wooed by statements that told me I deserved more, that those who hurt me were not worth my time, and that “this 2019, we’re cutting out the negativity”.

But, it was hard for me to take a breather from a friendship when I was literally together with them 5 days a week. There was no way to alleviate the mental block I was going through.

So, I might have taken an extreme route. I used my study abroad year to effectively isolate myself, while I did not know that at the time, and left myself worse off from where I started.

I justified this decision claiming it was for my mental health. I was constantly upset – the stress of university and homelife were barricading my ability to calmly and rationally think, and I was angry at my friends for not noticing that.

It did not help that the articles played on my vulnerability.

I had a constant fear that my friends were cutting me out, and I just could not let that happen. I did not want to be left behind, and I would take leaving first over being left behind.

And this article somehow, at the time, seemed like an all-miracle cure.

I decided to cut them out, delete them from social media, go on the most amazing study abroad year, and make them realise that I did not need them in the first place.

An increase in content surrounding cutting or removing friendships based on “toxicity” has become a developing threat to those already in vulnerable friendships.

It might all be well and good to simply claim that it is easy to remove a person from your life, and that the moment they are gone it will be all rainbows and sunshine. But, that is not the reality of the situation, says Kamal Chaballout, a positive mindset coach specialising in health, fitness, and relationships.

Chaballout says that, while there may be a real toxic relationship at hand, often people mistake an outgrown friendship for ‘toxic’ traits.

“Outgrowing friends is actually normal, but feeling that you don’t want to see them or that you’re being bothered by them on social media is a whole different aspect. It has nothing to do with them being toxic, you might only have outgrown them.

“But if for some reason you still choose to step away from them, the actual question that you would need to ask yourself is ‘are they actually toxic or is there a trigger there that I don’t want to face’,” he says.

Chaballout believes that minds are an adaptive organ, and by looking for signs of what you might consider a toxic relationship, your mind will confirm those traits and stop looking for the positives.

Because there is a trigger in your life, it could be, such as in my case, an uncomfortable living situation, or a problem from your childhood, you focus on anything and everything to push away from confronting that feeling. And in some instances, you fixate on how your friendship could be toxic.

What these articles fail to consider is our pre-existing relationships, and how suddenly isolating yourself can do more harm than good. Despite any pain, they may put you through, the fact that there is an existing relationship means you owe it to them, and to yourself, to communicate.

“If we were to start with communication, it would solve 99 per cent of our problems… It’s damaging for you emotionally because you have created a bond with this person. It creates an additional whirlwind of ‘Oh if I couldn’t get along with…, there must be something wrong with me.’

“Before you actually start naming things and labelling things, you should be like ‘No, I would love to talk to… There’s nothing wrong with me, but at this moment in time, I need to take care of myself, and I’m okay.

“Again, it’s the amount of negative thoughts, and the impact it has on you would need to shift,” he says.

When I found the article, I was at a boiling point. I was a steaming pressure cooker with no way to let the air out, and with a bang, I horribly did harm to my mental health. I did not just cut off my friendships on social media, I isolated myself with a whole country worth of distance. How could I have not seen that I had got that bad? Why could my friends not see it either?

My university friendships had reached its bitter conclusion, but I refuse to. They were beautiful people, and for two years they gave me some of my best, and also saddest memories. I no longer look back in anger, but nostalgia, and for that, I thank them.

Take better care of yourself

That is not to say, if you do feel as if you are in a relationship that is having a negative impact on your mental health, you should not remove yourself from the situation. Instead, rather than immediately cutting yourself off from potential support, there are steps you can take to make sure your mental health comes first.