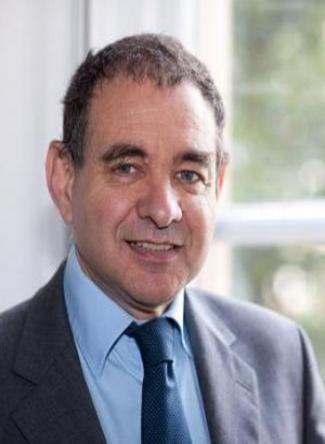 Kingston University could lose up to £12m in income after a continued slump in student admission figures this year.

Admissions are down by as many as 450 first years who would have been paying an annual fee of £9,000 over three years, according to sources.

The Vice-Chancellor, Julius Weinberg, said that Kingston University generally recruits around a quarter of its students, around 1,600, through clearing.

Professor Weinberg said: “The data suggests we had one of our better operations in terms of calls being taken and offers turned around. In spite of all efforts it looks as if we may not have made our student number targets.”

Clearing took place at a call centre in Leatherhead this year and meant that Kingston had double the number of phone lines but still failed to meet its targets.

Professor Weinberg, in a letter to staff, said: “Student patterns of behaviour are changing, so some subjects are becoming less popular. Universities are competing more for students, offering inducements (laptops, fee waivers), changing their A-level offers and more universities are using clearing.”

FASS, Science and Business and Law were the faculties that have seen the most significant reduction in student recruitment with the other two faculties meeting or coming close to their targets. The Vice-Chancellor said that it would be better not to rely on clearing and recruit earlier in the year which was why the university was working on improving its reputation.

The government puts a quota on the number of students that universities can recruit – known as the student number control.

They are however free to recruit as many students as they like who obtain A-level grades at ABB or higher, meaning they have a better chance of getting into the university of their choice.

This has meant that Redbrick Universities, such as Leeds, Liverpool and Sheffield, who rank as some of the best in the country, have recruited extra students.

A university spokeswoman said she could not confirm the shortfall in students and an exact figure will be available in December: “Our overall target is made up of number control plus our estimate of students with high grades,” she said: “This year we have accepted more students with ABB+ grades than expected which has had a knock-on effect on our student number control figures.”

Since student fees were raised to £9,000 students have increasingly researched their choice of universities by looking at the National Student Survey and other league tables.

Reports early this year stated that around 450,000 students had been accepted to university, 6 per cent higher than 2012, showing that despite the rise in fees student application figures are healthy.

A university spokeswoman said: “For the past five years, Kingston University has been planning for the cuts in university funding from government.

“It is in a very strong financial position and does not anticipate a need to make savings that would compromise the delivery of services to its students.

“It is important to remember that the university has several sources of income. The last figures show that in 2011/12, tuition fees accounted for £97.8m of Kingston University’s total £203m income.”

Other sources of income according to the University include a Government grant of around £74m, research grants which are approximately £3.3m and other investment worth around £29m.

On October 1 students could withdraw in writing from Kingston without paying any fees for the year.

It is not known how many students took advantage of this or just what impact this would have on the University financially.