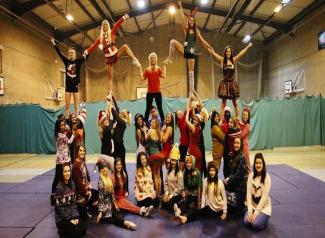 Kingston’s sports stars stripped off and played up to the camera to raise money for the new year.

The men’s rugby team posed nude for a charity calendar while KU’s cheerleading squad hopes to fund their competitions with fancy dress and bikini photoshoots.

The rugby team’s hooker Fergal Findlay, 24, who came up with the idea, said: “I heard of other people doing it in the past and just thought, well, why don’t we do it? I presented the idea to the rest of the team. Most of them were  really keen.”

Findlay hoped that his team could raise £800 for Cancer Research UK by selling the calendars.

Prop Oliver Giles-Day, 20, said: “Most people have had someone they know, or someone in their family, who has been affected by cancer and it seemed like a good one to support rather than a smaller charity.”

Most of the players took part in the photoshoot which took place on the pitches and in the changing rooms and showers at Tolworth. 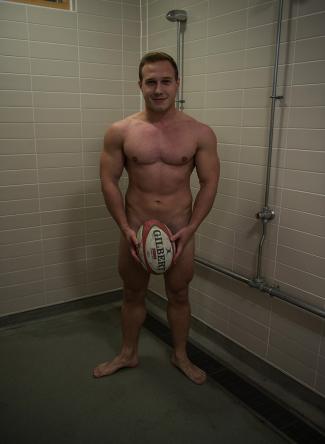 While the players posed nude, with only rugby balls covering their modesty, the cheerleaders dressed up for their calendar.

The squad posed as Alice in Wonderland characters and also modelled in their bikinis to raise money for future events. For one picture they constructed a human pyramid made up of all 67 cheerleaders.

Students who want to support a good cause and get pictures of naked rugby players at the same time, can either buy the £8 calendar in the SU shop from Wednesday or by emailing KURFCcalendar@yahoo.co.uk.

Cheerleading calendars will be available for £5. For information on how to purchase one keep checking Twitter: @KingstonCheer.