A KU student is waiting to be sentenced after he crashed his motorbike into the back of another car while rubbernecking another accident, Bexley Magistrates’ court heard.

The 22-year-old third-year quantity surveying student, Harry Payne, pleaded guilty on December 21 2017 for driving without due care and attention.

A police report stated that Payne was possibly distracted by another accident when driving through Belmont Rise in Sutton, causing him to drive into the car in front.

He suffered several serious injuries because of the accident, including a broken pelvis, internal bleeding, multiple broken bones and blurred vision.

Payne said that he did not remember what happened in the accident, which is why his lawyers urged him to plead guilty.

“I am guilty because it happened. It wouldn’t have happened if I was driving with due care and attention. The only question I have is the punishment,” Payne told the River.

He was the only one hurt in the incident and as a result he spent two weeks in hospital. He was confined to a wheelchair and had to use crutches until mid-December last year.

Payne is now almost fully recovered, except he is unable to bend his left wrist normally.

He said: “It can go almost as far back as the other hand, but because of that injury I can’t do a press up anymore. Which is a good excuse not to do it.”

He will have his final court date on February 8 when he will be sentenced. He knows he will receive between three-to-nine penalty points and will have to pay a fine.

Payne told the River that he was on his way to see his girlfriend, third year graphic design student Cara Steel, when he crashed his bike into the back of another car at 40 miles an hour. Steel tried to reach Payne several times but he did not pick up the phone.

A police officer at the scene answered and explained what had happened to Payne.

Steel said: “It was the worst experience of my life but I visited him as much as I could. It was so hard seeing how injured he was. He couldn’t do anything himself but I tried to help as much as possible and was at the hospital for as long as possible.

“It was awful visiting him every day. It was the only thing that got me through the situation. I knew he needed me there.”

Payne contacted Kingston University after the police pressed charges against him and told them he was involved in a criminal case.

KU had told him that he would receive a punishment from the university, but in the end they decided against it.

Payne said: “It has passed the point of caring about punishment or anything because I can’t change what the police are going to say. 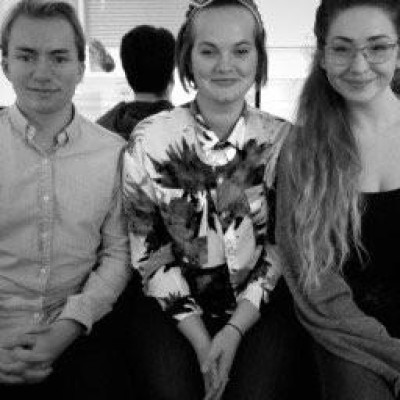