Former KU Vice Chancellor Julius Weinberg will go on to earn £251,461 in the role of ‘president’, a 17.5 per cent increase on his wage as VC – a position he stepped down from at the beginning of the term.

Weinberg will continue in the role of president, a job believed to be created for him, until December 2017.

Whilst in this post he will raise KU’s external body and lead other development activity.

Acting Vice Chancellor Professor Steven Spier will earn £190,000 until a permanent replacement is chosen by September 2017.

He has held the position for the past six years but stepped down as the institution faced challenges.

At the time of his resignation, Weinberg said: “It has become evident to me that the board of governors and I hold differing views.

“The time has come for me to step down from my post to pursue new challenges.”
Weinberg stated that he did not make the decision lightly.
The resignation came after a series of major changes instigated by Weinberg, including going from eight to four modules a year and a reorganised IT system.
Professor Weinberg said: “I am heartened by the significant progress we have already made and have every confidence that the university will build upon the considerable change that has taken place.”
His departure follows disappointing results in the latest league tables, with Kingston student satisfaction dropping 125th to 145th in the National Student Survey.
In the Sunday Times Good University Guide league table 2017, Kingston dropped to 122nd.
Weinberg qualified as a medic from the University of Oxford and before beginning his career at Kingston University he worked as VC at City University London. 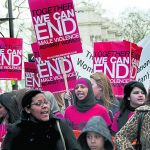 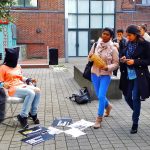