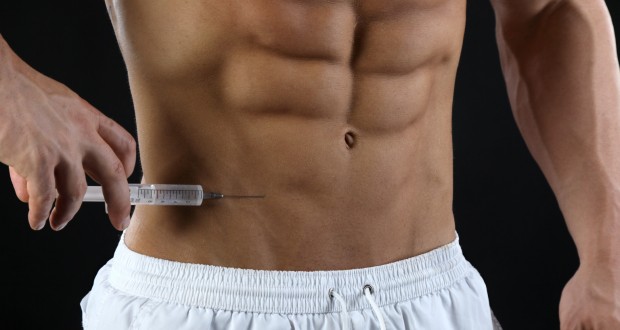 Written by Claire Gilbody-Dickerson on October 9 2015

Kingston University is playing a major role in deterring young sport enthusiasts and work-out fanatics from using steroids, as part of a wider European-backed project.

The Safe You project, launched with a €400k backing from the European Commission, aims to give fitness devotees the material they need to make informed decisions on the use of drugs to enhance their body-image and performance.

UK project leader Andrea Petróczi, who is also an expert in public health at Kingston University, said that “there is a growing concern of using drugs to help achieve the desired appearance or performance”.

She added that the increase was especially in young people aged around 20 who were making use of anabolic steroids.

Professor Petróczi said: “Some of these substances are not even licensed for human consumption, but that does not mean that people don’t use them, so providing accurate and unbiased information to adolescents and young adults on possible side effects is imperative for protecting their health.”

A 21-year old KU student, who prefers to remain anonymous, said she had a “bad experience” once when she bought fat burners off Amazon.

She said: “My mum had pre-warned me not to take them because of the high levels of caffeine and stimulants that send you into overdrive – that put you on edge – but I ignored and took them around exam time, and coupled with my usual caffeine intake (1 or 2 coffees) I went into a panic attack with my heart pounding, feeling completely spaced out, really scared and with all concentration gone.

“I wouldn’t touch them again, it’s not worth it for vanity,” she added.

Associate Dean Andy Hudson from Kingston University’s School of Education, who is working with project researchers, said: “One of the goals of this project is to create an online guidance tool which is really effective and user friendly for young people aged between 16 and 25, and that allows people who may be contemplating appearance and/or performance enhancing drugs to make informed decisions.”

According to Petróczi, Safe You strives to help people gain the desired performance level and body image by “offering more sustainable alternatives that are less risky to health.”

She added that the project was very “timely, since nowadays people are dominated by pharmaceutical propaganda which offers “quick-fix solutions” for any kind of issue, and arguing against the use of performance enhancing substances becomes increasingly difficult.

The timing is also right because “the prevention side, particularly outside elite sport, is under-researched,” while there is enough evidence to prove that doping practices among young fitness people are peaking.

Lead investigator Dr Vassilis Barkoukis, from the Aristotle University in Greece, said: “Although a wide range of policies and educational campaigns have focused on deterring doping in elite sports during the past decade, far less attention has been paid to the prevention of performance and appearance-enhancing drug use at a more junior or amateur level. This is where the Safe You project will play a pivotal role.”

According to Dr Barkoukis, previous scientific evidence has shown that people as young as 12 were making use of steroids, and warned that “the impacts not only affect young people themselves but also the integrity and perception of the fitness sector.”

The project evolves through different stages, including surveys, interviews and focus groups, but the final goal is to set-up an interactive online tool that provides an “accurate, non-judgemental source for advice and support,” Professor Petróczi said.

The tool-kit will also be available for educators, anti-doping organisations and sport governing bodies to aid their preventive efforts for a clean and safe sport at all levels.

Professor Petróczi said the project would provide an insight on what young people think about these drugs, and where they got them, as some of these substances such as anabolic steroids are illegal to sell without prescription.

She then added that evidence gathered would be helpful to understand the “black market” behind this type of drug consumption.

The researchers would like to hear your opinion, regardless whether you have experience with any of these drugs or not. If you would like to help this pan-European effort, you can complete the survey at: