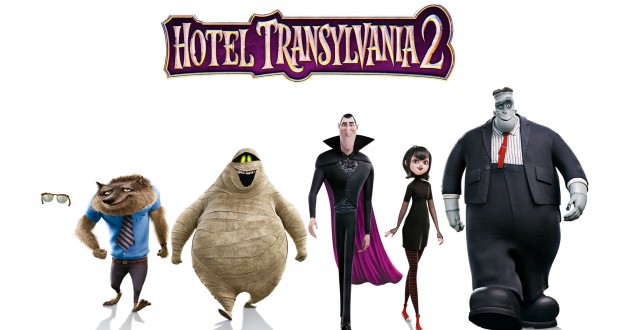 Written by Ashwin Bhandari on October 13 2015

A (very) short period of time after the first film, Mavis (Selena Gomez) and her boyfriend Johnny (Andy Samberg) get married after finally getting approval from her father Dracula (Adam Sandler). Having immediately shot from one plot point to another, we find out that the couple have a sprightly half human kid called Dennis, who has yet to develop fangs by his fifth birthday.

In almost every scene until Mavis and Jonny get tired of Dracula’s intrusions, there are incredibly unfunny jokes about technology, (and trust me, there’s a lot in this film) such as using Bluetooth and Facebook, shamelessly ripping off the Adams Family Values with child related antics, and an incredibly strong sense that the writers wanted to stay as ‘hip’ and ‘cool’ as possible.

There is even a painfully unfunny dancing scene in the first 20 minutes of the film that serves no purpose whatsoever, but hey, why make kids films challenging in any way when there’s silly voices and wacky colors protruding across the screen. That is not to say that a children’s film needs to be on the same intricate level as ‘Wall-E’ or ‘Up,’ but this is just insulting their intelligence.

Alongside the most painfully obvious character stereotypes, the overprotective grandfather, the disapproving great grandfather, the kooky mother and the hip ‘bro’ dad, the side characters do absolutely nothing to forward the plot or do anything remotely funny, thus wasting the voice talents of Seth Rogen and Steve Buscemi entirely.

It is as if Adam Sandler and Robert Smigel had the potential to develop the idea of humans no longer being scared of humans and making the purpose of them being fearful totally redundant, but decided to just add another joke about phones and technology whenever there was a gap in the script.

While the visuals of the film are still just as stunning as ever, it hardly makes up for such a pointless sequel, with the most cookie cutter message to ever give to kids: “Just be yourself.”

Overall, Hotel Transylvania is yet again another in a big list of Adam Sandler flops. Let’s just hope this franchise stops dead in its tracks now and does not go down the Shrek route.