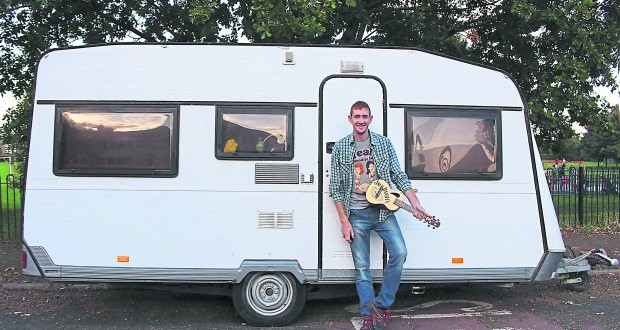 From Seething Wells to a home on wheels

Written by Claire Gilbody-Dickerson on October 21 2015

An imaginative KU student took the bizarre choice of living in a caravan for his second year at University after the price of halls left him broke last summer.

Lucas de haro Pishoudt, 21, was also threatened with legal action by the University because of an outstanding payment of over £2k which he owed as part of hall accommodation fees.

He spent the whole summer paying off his debt and saving up money, but was unable to find a cheap place to live.

Lucas, who is originally from Belgium, said: “Before September I was really desperate because I couldn’t find affordable accommodation.

“So one Friday night I just thought of this idea and I spent the whole night looking for information. The next day I told a couple of friends, and then on Monday I bought this caravan and the car. It was really quick.” 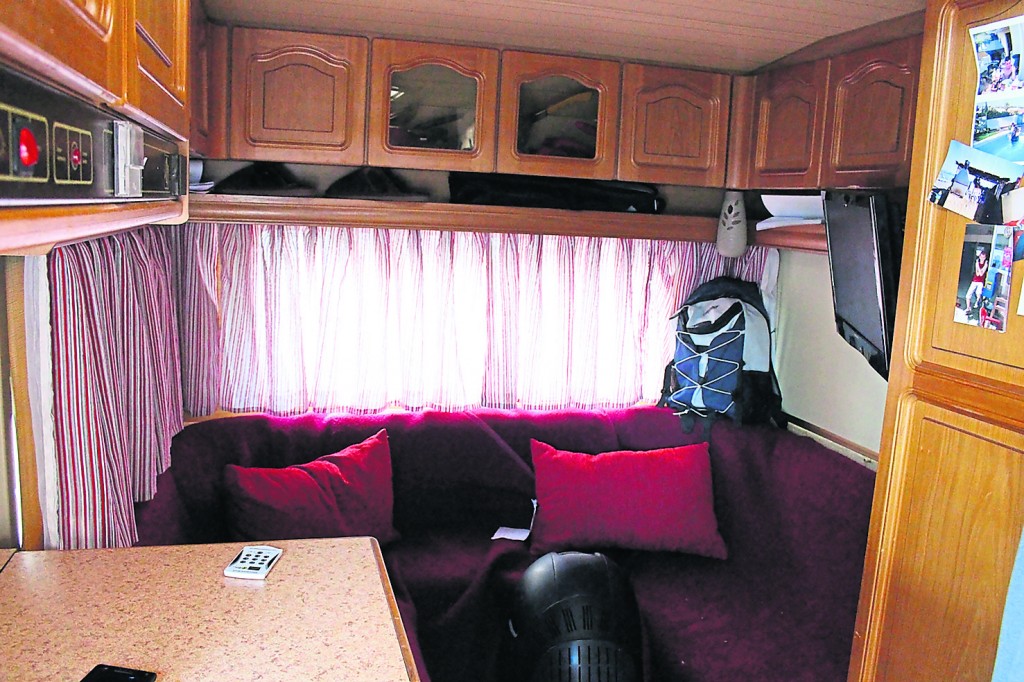 Lucas, studying cyber security, computer forensics and business, purchased the caravan in Malaga and drove over 1800 miles to get it to Kingston. He said the perk of such journey was that he could bring much more luggage.

The 12sq m caravan includes a toilet, kitchen, living room and a bed. It is not much smaller than a room in halls, but according to Lucas it is almost half the price.

“Even though I had to buy a car, the caravan, and insurance, it is still cheaper than halls last year,” he said.

For the first week in the caravan, Lucas moved around different restaurant car parks but always got kicked out. He has now been in the same spot in Ewell Road, Surbiton, for four days, but said that if he gets kicked out he “will know where to go”.

Although he has a tiny bathroom with a chemical toilet in it, Lucas said that he mostly uses the University toilets.

He said that the caravan is equipped with solar panels which provide electricity, but he has to buy water from Sainbury’s, so obviously his showers “can’t last very long”.

Lucas said: “I spend most of my time at University, so it’s actually not that bad. You have to be a strong person to do this. Not anybody can live like this.”

Lucas claimed he spent up to £7,000 to live at Seething Wells, while the cost for living in the caravan is no more than £4,000 a year. 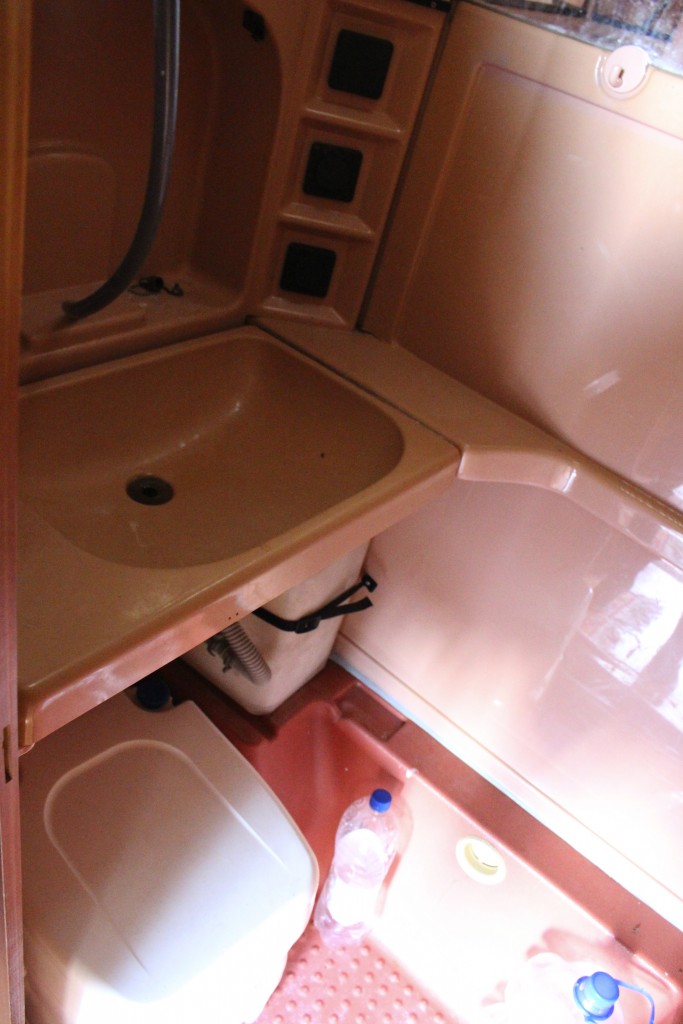 His bathroom has a chemical toilet, though he mostly uses Uni’s toilet

For the moment he is not spending more than £100 a month, and thanks to the money he saves, he will be able to travel next summer.

Lucas said: “I’ll be travelling to Scandinavia and around Europe. I never thought I would be able to do that.”

Without a guarantor, students from outside the UK often have to pay six months’ rent in advance, plus deposits. So although Lucas saved up money over the summer, he did not have enough to cover the cost of accommodation for half a year.

Third year politics student Amedeo Varriale, 21, from Italy, said he would never be able to study abroad if his parents did not cover his accommodation.

Amedeo said: “I wouldn’t be able to do anything if my parents didn’t pay. Not even go to a restaurant.”

Second year international relations and psychology student Adele Jacobsen, 20, from Spain, is currently looking for a part time job to pay for her accommodation.

She said: “My loan covered my accommodation last year, but this year I still have to figure it out.”