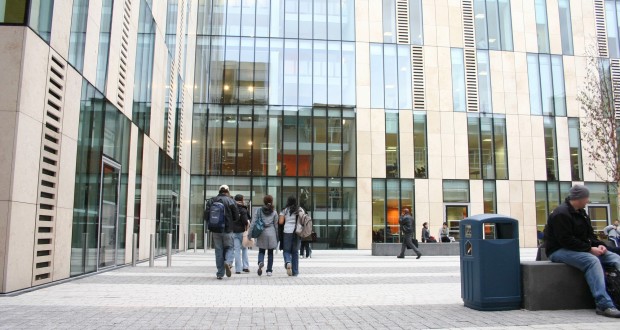 KU risks losing millions of pounds as students drop out

Kingston University could miss out on millions in income over the next three years after student admission figures dropped by 13 per cent this year.
There has been a slump in student admission figures over the past five years, with 1,200 fewer students enrolling compared to last year and around 3,000 less students than it did in 2010.
Although final numbers will not be known until December, the university is understood to be relaxed about downsizing and becoming a smaller institution.
A KU spokeswoman said: “Kingston University’s focus is on offering places to those students who will really benefit from its courses, rather than increasing the number of applications it receives.”
KU has received poor league table results in the past and is currently ranked 104th out of 126 in the Complete University Guide for 2016.
However, the University was recently rated amongst the top 500 in the world, and 51st in the UK in the latest QS World University Rankings.
A spokeswoman for the University said: “For the past five years, Kingston University has been planning for the reduction in student numbers resulting from the cuts in Government university funding.
“It’s in a very strong financial position and it’s continually reviewing courses and services to ensure they are meeting employer needs, being as cost effective as possible and continue to support all those who can benefit from a University education.”
Exact figures on student’s shortfall for 2015-2016 will be available in December, so that also people who enrol late will be included as well as people who drop out.
Syed Shah, a first-year biomedical science student, said: “Kingston wasn’t my first choice. The main reason is because it doesn’t have as good a reputation as other universities, but when I came it was very different. I like it here.”