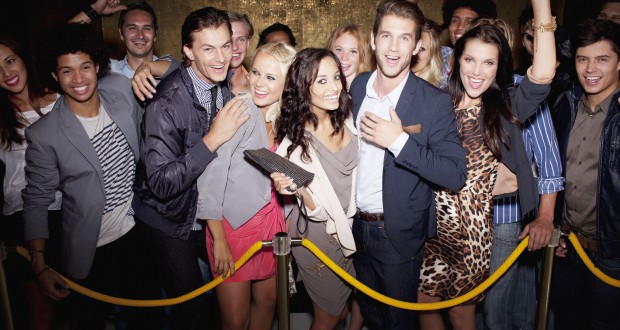 Booze and Babes: How shallow are promoters?

After two girls were stopped at the door of Dstrkt night club in London for being “black and fat”, debate has been sweeping around West End clubs for putting looks above anything else. Lena Angvik speaks to promoters about what girls they scout for.

Glamorous girls in tight outfits with a champagne cocktail in each hand, dim lighting and booming music from some of the world’s biggest DJs is every suit-clad gentleman’s dream.

An evening like this in one of London’s high end clubs can easily cost you many thousand pounds as a man, but if you are one of the few lucky girls who fit the clubs’ criteria you will not spend a single penny all night.

Across London, club managers work their mobile phones each night, texting beautiful young women, many students from universities like Kingston, to draw them to their clubs. Their presence there adds to the atmosphere for which others are willing to spend the equivalent of a month’s salary to enjoy.

“I choose beautiful, athletic girls for the clubs,” says a London promoter who goes by the name Kash. “That is what the nightclubs’ customers want and what attracts business.”

Kash works independently for different West End clubs in London and his job is to bring attractive girls to the clubs. The dress code is strictly limited to glamorous outfits and no female gets past the bouncer without high heels.

“The clubs pay promoters to find the best crowd. As a girl going out with a promoter, you often get complimentary entry, you get drinks and you are at your promoter’s table with other girls. If you are lucky, you may be invited to join tables in the VIP area where customers spend up to £5,000 in a night.

“When I choose girls, I look at what will sell tables for the clubs. They have to be attractive, so I check out their Instagram or Facebook before inviting them out.”

Dstrkt club in Piccadilly Circus, London recently landed in the centre of controversy as to whether high end clubs discriminate against black and less attractive people.

Two black women claimed to have been rejected at the door. The bouncer allegedly justified this by saying it was because the girls were “black and fat”.

The club’s management denied all racist claims but nonetheless celebrities such as rapper Omarion and EastEnders star Tameka Empson refused to attend events at the club.

Kash says he does not look at the girls’ skin tone himself, but admitted that some high end clubs can be racist.

“The clubs’ markets have changed from aiming at typical ‘black booties’ to girls with a lighter complexion. It is simply because this is the type of girls the customers would like to party with,” he says.

Dstrkt club does not suggest any dress code on their website, but according to reviews on other web pages ladies are advised to dress “trendy and smart with heels”.

The promoter said that he screens his guests carefully before inviting them out.

“If girls contact me about going out and I know they will not be up to the club’s standards, I will recommend them another club with a more relaxed door policy to avoid disappointment,” he says.

“If they ask why, I explain that they might experience difficulties with getting into some of the other clubs.”

Another promoter – brand manager – at a Mayfair venue adds: “When I actually have the energy to text girls to come out with me, I will text girls that I find beautiful. I am quite selective after all.

“Race and religion does not matter, but if someone I do not know wants to go with me, I always check who they are first.”

Getting free entry, drinks all night and a pricy table must leave the girls feeling like they need to do something in return.

“I have never once been in a situation where I felt like I owed anyone anything. They make money on you being there and you save money by going with them, it is a win-win situation for both parts,” she says.

“After all, it is their job to show you a good time.”