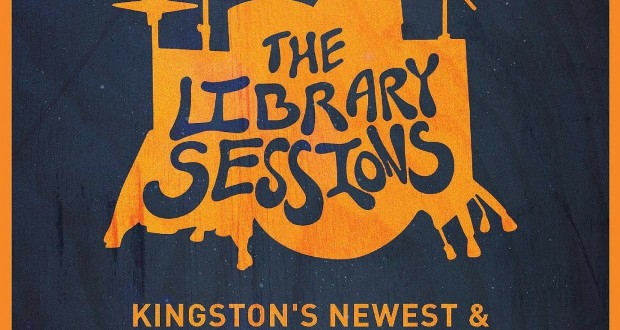 From the Burbs with Love sent aid once again to Syrian refugees after a fundraising night in Kingston. Picture: Facebook

Surbiton woman raises £200 for Syrian refugees in one night

A Surbiton based refugee action group have sent vital aid to Syria after raising more than £200 at an open-mic night in Kingston last Thursday.

The group ‘From The Burbs with Love’, founded by mother-of-one Sarah Rust, held an acoustic session at The Library, where guest star Lindy Layton, of nineties band Beats International, sang her number one hit ‘Dub Be Good To Me’  to the packed venue.

The £215 raised was used to ship wash kits to a Syrian refugee camp through UK based charity, ‘One Nation’, and a further £365 will be sent to buy a tent for a displaced family later in the year.

“It’s very hard to switch off from it,” said Rust, who is also a business counsellor. “It has taken over everything else I’m doing because nothing else feels that important now. You can be sitting down for dinner knowing what is going on in Europe and it doesn’t sit well.” 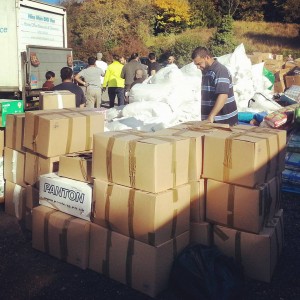 Apart from raising money, the group also gathers essential things like warm clothes to help the refugees get through the winter. Picture: Facebook

Rust went to Athens last month with her son Jack, 11, where they handed out aid to travellers.

She said: “On the surface there was nothing to suggest there was anything going on. Yet when you spoke to people you understood the situation they were fleeing from and it was awful.”

According to the UN Refugee Agency, the number of migrants entering Greece alone has surpassed half a million, yet the UK retains its policy that it will allow just 20,000 refugees into the country by 2020.

Despite the surrounding controversy, Rust said: “I tried to really veer off any political stance with From the Burbs With Love page and just make it about doing something positive.”

The group leaders have met with another local group, ‘Refugee Aid – Elmbridge’, to further its work and have considered setting up a programme for students.

“We’re organising donations but a lot of the time what is lacking are volunteers to distribute the donations so it would be nice to get volunteers out there.

“There are also a lot of conservational projects that need to be carried out on the island. You can imagine what Glastonbury’s like after a few showers and 1000s of people – that’s what’s happening there,” they said.

This opportunity may be welcomed by Kingston University students in light of the recent charity week run by the Islamic Society. The money raised this year will be split between seven organisations, three of whom support refugees.

To vote in favour of a particular charity you can visit charity week’s page, or to join From The Burbs with love visit their Facebook page.