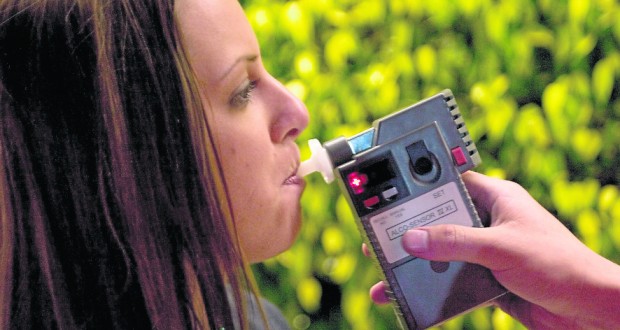 Written by Claire Gilbody-Dickerson on December 7 2015

Kingston’s most popular nightclubs will keep breathalysers to identify people who are too drunk after a trial launched in April turned out successful.

The nightclubs decided to keep the breathalysers at the entrance of venues after they proved useful in curbing alcohol-related squabbles.

Rob Merrett, from the Police Licensing Team, said: “I am pleased to say that, since the trial ended, all three clubs have asked to keep breathalysers and still use them. They report that they are an effective way of managing some of the more challenging people trying to enter – it is effective at defusing arguments. This is perhaps the most positive endorsement possible.”

The trial was launched as part of the Operation Equinox scheme, which was funded by MPS and aimed at tackling crime within the night time economy.

Feedback from Operation Equinox revealed the trial was successful and that no one ever refused to take the test.

A spokesman for Bacchus said: “I can confirm we use the breathalyser at Bacchus as a voluntary measure, to assist us in the overall safety and security of the venue. We find it a valuable tool within a number of measures we utilize.”

However, Hippodrome and Pryzm declined the Met’s offer to introduce breathalysers as people who were responsible drinkers would regard it as an “affront”.

Their choice was backed up by their trade body, the Association of Licensed & Multiple Retailers (ALMR) and “all operators of pubs, bars, restaurants and clubs throughout the country”.

A spokeswoman for the two clubs said: “We can confirm that we have had an official approach to breathalyse customers entering Pryzm and Hippodrome, but have turned this down for a number of reasons.

“As the majority of drinking is carried out in the home before coming for a night out, we believe that any breathalyser checks should be instigated at transport hubs, not entry into premises.”

She added that Pryzm and Hippodrome had qualified staff who knew when a person was to be judged intoxicated and refused entry.

The two clubs were also equipped with bar staff trained on a regular basis on “responsible sale of alcohol”, which included not selling alcohol to people apparently intoxicated.

Shepherd Sheunesu Chidenga III, a 22-year-old KU student in economics, was among those who got kicked out from Bacchus after being tested with a breathalyser.

He had drank some vodka before going to the bar, but claimed he was “completely fine, cool and coherent”.

He said: “I had to breathe air out of my lungs in the hole of this foot-long breathalyser, and then it flashed a red light.”

Sheunesu explained that breathalysers are like “traffic lights”, so if the light is green you are free to enter the club, if it is yellow then “they are watching you but if you mess up you’re bound to be kicked out”, and if it is red then you “clearly cannot enter and you are told to get a cab, go home and get food”.

Even after the economics student got kicked out he recognized the importance of breathalysers and said that without them intoxicated people would be let into venues and potentially cause disruption and “stop other clubbers from having fun”.

But he also said that he would “prefer human intelligence” to judge on a person’s state rather than a machine that “only says yes or no because it lacks of intelligence to consider other variables”, like what the alcohol limit of a person genuinely is.

He said: “A human can sympathise and see the genuine self but a machine cannot. It can only say yes or no or zero or one.”

Lib Dem councillor and owner of Banquet Records Jon Tolley, opposed the adoption of breathalysers, as it meant there was like “some limit over which you’re too drunk to dance”.

Breathalyzers have been introduced amidst recent news that Kingston’s night clubs face tough restrictions as the council’s licensing committee reviews its policy.

Specific changes will not be made until January, but there are rumours from committee members that shutting times will be brought forward.

However, the chair of the licensing committee and Conservative councillor Phil Doyle said that there would be no risk to existing premises because their type of license is “granted forever”.