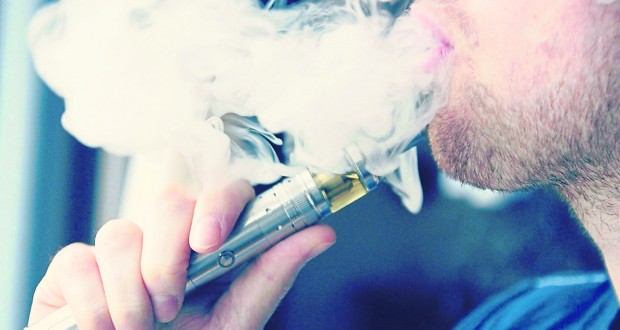 E-cigarettes: Are they as safe as you think?

Written by Josephine Platt on January 31 2016

They are sold as cheaper, healthier and safer alternatives. In the wake of new research, Josephine Platt investigates the truth behind the smoke screen…

Over the past decade, electronic cigarettes and the culture of vaping has swept across the UK, bringing much controversy, and many divided opinions with it.

There are approximately 2.6 million users in the UK alone, and with 500 different brands and 8,000 different flavours to choose from, popular e-cigarette cafes and clouds of caramel scented air-vapour are more ubiquitous than ever.

Choosing to vape has been widely considered as a means to fend smokers off conventional cigarettes, but in a recent study pubished in the Journal of Oral Oncology, scientists have revealed that smoking the battery-powered devices may be just as harmful as their carcinogenic counterparts.

Dr Jessica Wang-Rodriquez, professor of pathology at the University of California, San Diego, said: “Our study strongly suggests that electronic cigarettes are not as safe as their marketing makes them appear to the public.

“Based on the evidence to date I believe they are no better than smoking regular cigarettes. We were able to identify that e-cigarettes on the whole have something to do with increased cell death. We hope to identify the individual components that are contributing to the effect.”

The chemicals in the liquid – including nicotine, propylene glycol (used in asthma inhalers), flavourings and vegetable glycerin (used in shampoos) – have been acknowledged to cause cell damage, including DNA strand breaks, which can lead to cancer.

The long-term health implications of e-cigs are not known because they are so new on the market – it was developed in China in 2003 and introduced to Europe in 2006.

Penny Woods, Chief Executive of the British Lung Foundation said: “Concerns do remain as to the long-term health impact of e-cigarettes and while there is no evidence to suggest that they pose anywhere near the same dangers as smoking, we must continue to monitor this area carefully.

Part of the soaring popularity with the devices lie in the fact they are widely glamourised and branded as cool in a very similar vein to conventional cigarettes half a century ago.

Instagram accounts boast mass followings: profiles such as @vapingroybot and @vapetricks are dedicated to sharing the latest kits, new flavours and smoke tricks (think the dragon and the ghost), and are inspiring a generation of ‘vapers’ alike.

“It’s similar to when smoking first came out,” said Chris Ashmam, 23, MSc quantity surveying student. “We thought it was great, but we don’t know the long term effects. I don’t trust it.”

There is no legislation surrounding vaping, the hobby is widely-accommodated with vape cafes where enthusiasts are invited to hang out and puff away. Vape Emporium in Richmond sees between 80 to 200 people visiting daily, and their clientele ranges from 18-year-old students to their 96-year-old loyal customer who ditched her cigarettes for vapes for good.

Managing director Andy Logan believes that vaping is without a doubt a safer option to smoking conventional cigarettes. He calls on the Public Health England’s 2015 report which concluded vaping is “at least 95 per cent safer than using traditional cigarettes” as his argument.

“The best thing for a smoker to do is to totally quit, but if they can’t, vaping offers a far healthier alternative; with no tar, or carbon monoxide, and none of the 220 known carcinogenic chemicals that have been found in cigarettes,” he said.

However, recent vape cases have unearthed a multitude of horror stories. Back in October, a Surrey man was hospitalised after flaming nicotine from his e-cigarette burned a hole in his lungs, and experts have continued to suggest that the chemical diacetyl used in e-liquid causes ‘popcorn’ lung – an irreversible respiratory disease.

The debate surrounding e-cigarettes is as pervasive as ever, with health professionals torn on their stances on the devices. They have been backed as a safer alternative by The Royal College of Physicians and recommended by doctors as an anti-smoking aid over the past year. However, scientists have also been quick to say more research is needed and doctors should think twice.

But what do e-cigarette users do going forward? Do they hold off puffing away until further studies reveal the extent of the damage and long term health implications, or do they turn a blind eye to the stories that infiltrate our news feeds? It’s a tough call.