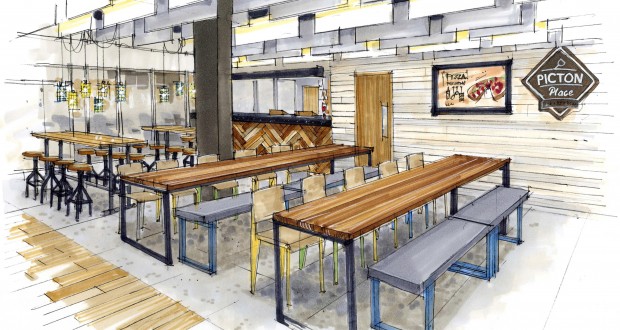 Written by Alexandra Pedersen on February 27 2016

On Thursday the Union of Kingston Students called an emergency general meeting (EGM), which gathered a full house of students anticipating answers about the future of a student bar at Penrhyn Road.

Despite proposed changes of the union governance being at the top of the agenda, and minutes carried on from the annual general meeting last year still needed to be approved, the one thing that really worked up the crowd was the future of the student bars.

Paul Humphries, KUSCO contractor, said: “The demolishing of the Town House, means that Space Bar goes. And I’m going to tell you the truth, there is no reason to dress it up, we will not be able to provide you a similar facility. It just doesn’t work, for various reasons, including planning, licensing, and location.

“The best plan, and I don’t say it’s a great plan because it won’t be a direct replacement for Space Bar, but the only plan that has come up is to provide a space in Picton Room,” Humphries continued.

He explained that for some time Space Bar and other union bars have been losing money, and that the customer groups are continuously narrowing, and encouraged students to drink more at Union bars.

The plans for the Picton Room was drawn up to change it into a pub or café rather than a bar, and the fact that it is tight and small, and located just off of the main entrance, means that it is not going to be large enough to host big events such as Cougar Chaos, which Humphries recognised at the meeting that it “comes with its own particular issues”.

He explained that it will host small speaking and learning events and perhaps poetry nights. But he said “it isn’t going to be a disco, it can’t be, and there is no point in me pretending that it will”.

Humphries acknowledged that problems of hosting events like Cougar Chaos has “exercised a lot of people’s minds”, but a solution has yet to be found.

“There is a chance, and we are not particular happy about it, but we could bus people up to Hannafords Bar at Kingston Hill, the problem with that is that you want to get back into town when it is finished, so I can see that as an issue too. At the moment it is Tolworth Court potentially, again a problem of getting back into town, it is Hannafords potentially, or thirdly can we find somewhere in Kingston that will do it.

“That is something I think we need to look at very actively. Can we find a venue and negotiate with them? After all, if we were prepared to pay for busses to Hannafords, perhaps that can go to create some sort of subsidy that might open up something a little more convenient for you. We don’t know where that is at the moment and we would like to work with others on that too,” Humphries said.