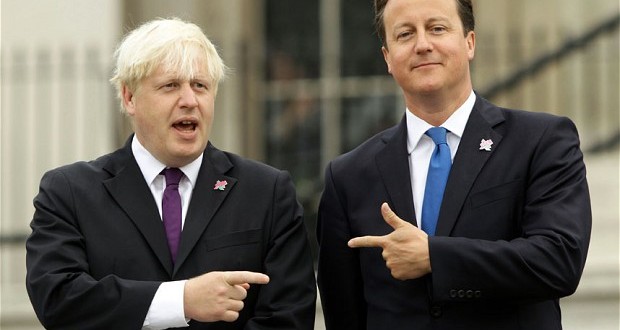 The River reveals: 80 per cent of Kingston University students want to stay in the EU

The overwhelming majority of Kingston students will vote to stay in the European Union in this summer’s referendum, a River survey revealed.

In what has been dubbed the biggest political decision the UK faces in decades, 80 per cent of KU students said they wish to remain in the EU.

That compares to national polls that show close to a 50-50 split on whether to stay in the European Union or not.

The EU referendum on Thursday June 23 is likely to have a direct impact on employment, education and public services such as hospitals and schools.

But although high profile campaigners including Prime Minister David Cameron and London Mayor Boris Johnson are arguing over what is best for the country, Kingston students have decided staying in is best.

Politics and international relations student Berenika Gray-Lyons said that leaving the EU would isolate the UK and agreed that being in an international environment was vital.
She said: “Diversity is at the heart of this university, and losing that means losing an international element that puts forward various viewpoints and ideas, as well as establishing tolerance and understanding of different cultures.”

Conservative Kingston MP James Berry has “reluctantly” decided to vote to stay in the EU. He said in an exclusive River interview: “I am a Eurosceptic. I think we should be sceptical of membership of any expensive international body that requires compromises to our Parliamentary sovereignty, and has as one of its core aims ‘ever closer union’.”

However, Kingston students need to register to vote to take part in the historic vote – the deadline for registering to vote in the referendum will be June 7 2016, but April 18 2016 to vote in upcoming local government and Mayor of London elections.

Prime Minister David Cameron promised during last year’s general election to renegotiate Britain’s position in the EU if he was re-elected.

High profile leave and remain campaigns have dominated the news, splitting Tories and Labour, with Cameron wanting to stay and Mayor of London Boris Johnson wanting out.

Kingston and Surbiton Labour are also in favour of staying in the EU, and said they assume the Tory government will impose visas on graduates wishing to stay and work if the UK leaves the EU.
The vast majority of the university student body is eligible to vote, with 16,384 home students enrolled and only 1064 (5.3 per cent) EU students and 2470 (12.4 per cent) overseas students.
Nationally, 14 per cent of university staff are from EU countries.

Kingston Students for Europe said that by standing united with the rest of Europe and standing up against racism, the UK was in a more powerful position to promote human rights, refugee reception and equality.

Dr Atsuko Ichijo, KU senior lecturer in politics, said: “One of the things I hear from students is how refreshing it is to meet different people in a university setting.
“If EU students are no longer coming to British universities, the diversity and the opportunity to meet and discover something new will be diminished and that’s half the value of a university experience gone.”

“It is simply a consequence of David Cameron’s reckless behaviour and his wish to placate anti-EU elements within the Conservative Party,” he said.

One in five students have said they would vote to leave the EU although the consequences are still unknown.

Second year politics and international relations student, Albana Istrefi, 20, said: “I think the UK should leave the European Union and reintroduce full powers back to Westminster.”

The Conservative Mayor of London, Boris Johnson, who is for leaving the EU, recently said that although he is for Europe, he resents the way it is continually confused with the European Union.

He said that Britain was better off leaving as the EU increasingly has gained control through laws and regulations which have caused EU countries to lose their individual sovereignty as a result.

But leaving the EU would result in renegotiating these laws and regulations, which would be a long process.

The survey was conducted at Penhryn Road, Knights Park and online in the week beginning February 22. A total of 472 Kingston students participated of whom 401 were eligible UK voters.