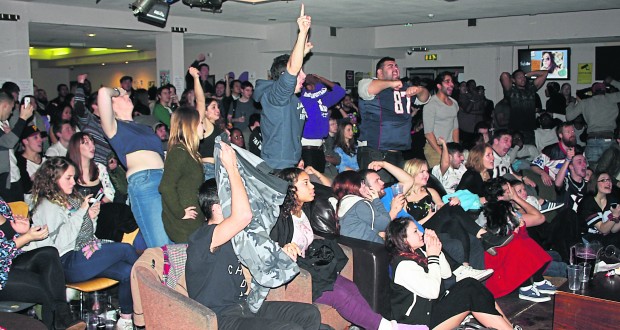 Space Bar, you will not be missed

Space Bar, Penrhyn Road’s one and only student bar, is to close at Easter ahead of the demolition of the Town House building. The bar is the only Town House facility not to be relocated elsewhere on campus, although the Picton Room has been proposed as a new watering hole, serving “light beverages”.

Some students are disgruntled with the news, but the reality is that Space Bar is a cultural void that only serves a minority of students. The place is rarely busy, with the exception of Wednesdays, when the toga-clad beer-pong brigade rock up for Cougar Chaos.

It may be the largest of KU’s student bars, but Space Bar does not get half the hype of Knights Park’s Bar, which is actually the smallest of them all. Very often Penrhyn students will gravitate towards the arts campus bar, which is known for its student-led events and fundraisers for degree courses and charities. Some Penrhyn Road-based societies even choose to host their events at the Knights Park bar over the more convenient option, which speaks for itself.

When comparing the bars it is a no-brainer – Space Bar pales in comparison to its artier neighbour.

The decision to scrap the bar coincides with NUS statistics revealing students across the country are spending less time in campus bars and more time using the library.

A KU spokesperson confirmed that general attendance at Space Bar, in particular, has been on the decline. This makes sense; after all, when paying £9,000 a year for a heavily academic course, how far are you really going to get if nipping off for a few pints mid-afternoon is a regular habit?

Space Bar is not essential to the university experience – its main purpose is serving as a pre-Pryzm drinking vacuum. The fact that Space Bar actually encourages beer pong, too, opens up a wider argument as to what kind of culture KU has been promoting at the bar.

For those who argue that its farewell is unfair to the next generation of freshers looking for a cheap drink, Wetherspoons is just down the road.