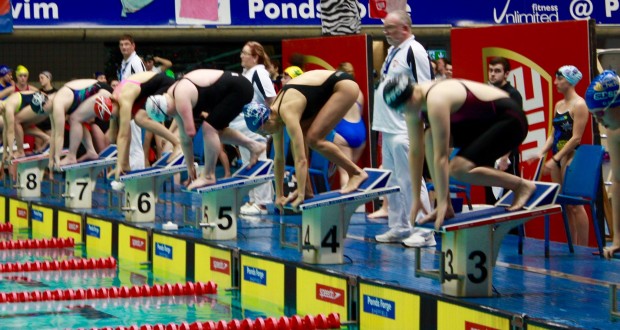 Written by Christine Younan on March 12 2016

Athletes in Kingston University’s Triathlon Club competed in their first BUCS Nationals with many students topping their personal best times.

The Tri-Club – which sees competitors combine running, swimming and cycling in a relay format – had a successful gala in December, and members want to boost awareness of the club.

Elle Waddington, secretary of the Triathlon Club and MA publishing student, said: “Our swimmers times were accepted by the BUCS league and no one came last so we built a lot of confidence. I think the club will grow a lot more next year.”

The Union of Kingston Students is doing everything it can to help the club grow so it can receive funding.

Tri-Club only receives funding to support one sport when in fact it caters for three. The club started as a recreational cycling club but the cyclists decided to add running and swimming.

Kieran Gilfedder, the running co-ordinator and third year history student, said: “The approach that we’re taking to boost involvement is to promote the recreational side while advertising competitions for people to join the Tri-Club at Kingston.”

The Tri-Club will not be going on tour this year to Croatia with the Cougars, but did compete at this year’s varsity which took place on Wednesday against Surrey University.

“We’ve got a lot of freshers this year who are putting their heads down with assignment deadlines so won’t have time to go on tour. Maybe one year, just not this year,” said Waddington.

Cameron Coghill, president of the club and second year international relations student, said: “We hope to advertise our win at nationals at next year’s freshers fayre and hopefully drum up more interest in Tri-club.”

Gilfedder secured a time of 33 minutes and 50 seconds in the Kingston 10k run which took place February 28, running through the centre of town.

“It’s definitely an event I’d recommend to students for next year to sign up, if they can hack the 8am start that is,” said Gilfedder.