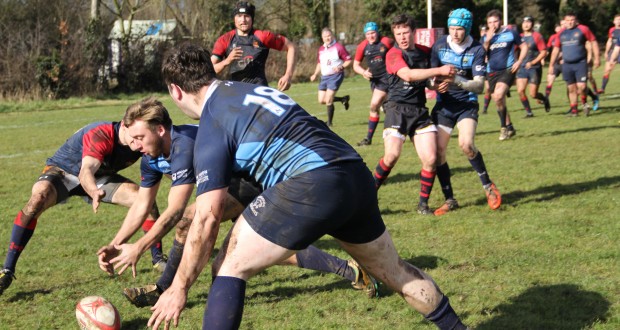 Written by Christine Younan on March 12 2016

The Cougars skipped varsity due to the British Universities Colleges and Sport (BUCS) scheduling their match on the same day and were forced to sell their tickets to other students at the university.

Joe McAllister, hooker, said: “It’s such a shame that we missed varsity because we thought that we that we would win the cup instead, but that never happened.”

The cup final game against Imperial College was the last match for many of the Cougars, including captain Lewis Tucker, Paddy Murphy, Thomas Walsh and Aaron Sheehan who are due to graduate this academic year.

Angus Oliphant-Hope missed his last game for the Cougars due to an injury he suffered at his previous game for Kingston.

Hope, flanker, said: “I’m really annoyed that I went into the last game against City University’s men’s first team not knowing that it was my last.

“I’m gutted that I never got the feeling of the last time wearing that Cougars jersey.”

Kingston had a good start to their cup final as James Mckechnie, fullback, scored his first try for the Cougars after two minutes, giving them a promising lead to their cup title.

Tucker made a fierce tackle to claw the ball back from his opponent who was running down the right wing of the pitch.

Barry Scott, winger, said: “We did drop a few points but we were able to get it back from our opponents. Nick Macquisten, second row, stood out for me today, he put a lot of tackles in for us.”

A lot of students missed out on going to varsity to cheer on the Cougars against Surrey University so they could support the men’s rugby cup final.

Morgan Green, a second year media and communication student, said: “I missed varsity to watch this game, I enjoy watching rugby because I know so much about it. It was nice to come out and support the boys.”

Imperial College scored two tries against Kingston after two of their players – Garry Blackmore and Dan Wilkinson were taken off the pitch for 10 minutes with yellow cards due to foul play.

Navid Irani, wing, made a good catch from Mckechnie’s pass which score Kingston’s final try with 10 minutes left of the whistle.