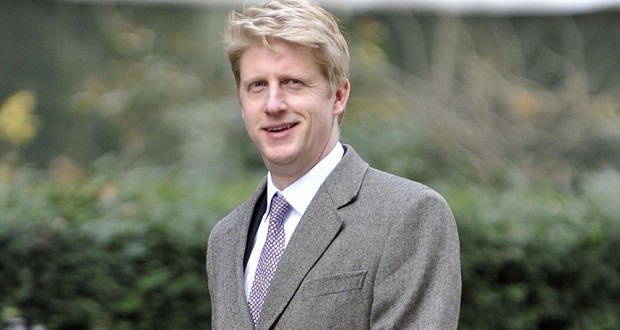 Written by Alexandra Pedersen on March 13 2016

The Government has pledged to track and prosecute graduates who fail to pay back their tuition loans.

Jo Johnson, the Universities Minister, said that more and more loans were being issued each year and it was vital that the repayment system worked efficiently and was convenient for borrowers.

Johnson said in a written statement to the Commons: “We will do more to support borrowers who seek to meet their loan repayment obligations, and, in the interests of fairness to both the taxpayer and to borrowers that meet their obligations, we will be tougher on those who do not.

“We will take stronger action to trace borrowers including those overseas, act to recover loan repayments where it is clear that borrowers are seeking to avoid repayment, consider the use of sanctions against borrowers who breach loan repayment terms and, if necessary, prosecute.”

UK students who took out loans after 2012 start repayments when they earn £21,000 a year or more, and if working within the UK, the repayments are paid directly through their employers.

Students who move abroad after graduating, or EU students also eligible for a loan who return home after their studies, may be slipping through the gap, critics warn.

They may be avoiding repaying their loans, as the UK government has no way of tracking their income and repayments have to be done voluntarily.

KU law graduate Alexandra Holek, said: “Graduates who have taken up the loan, including myself, are the first people who would like to pay back the loan.

“The fees are high for anyone who studies in the UK. It is still one of the most popular places for students to study.

“The UK needs to maintain that momentum in a way where it does not affect potential or graduate students from choosing to attend universities, in terms of fees and loans conditions.”

Holek also explained that in her opinion prosecuting everyone who is unable to meet the repayment requirements is unfair, and explained that many of her fellow graduates could not find jobs in their field, making them unable to reach the £21,000 threshold.

The crackdown followed concerns raised by The National Audit Office, the Public Accounts Committee and the Business, Innovation and Skills Committee, who called for action to improve the repayment process.

As Australia is the most popular destination for debtors, a two-way partnership with the Australian government will share information about non-paying graduates.

Trials with Sweden and the Netherlands found 90 per cent of ‘lost’ borrowers. One in five of those have started repayments.

According to the report, other European countries are expected to join the programme.

The Student Loans Company is hoping that debt collection services and “tracing agencies” will increase repayments.

Another KU graduate, Fran Williams who studied fine art, said that she still does not know if she is paying back her loan yet or not.

She added that there would be no reason to avoid returning the money as the amount to pay each month is considerably small.

She explained that some students would be unable to study at university without a loan, and prosecution for failing to repay it could mean fewer people would apply.

“To be prosecuted for education, which I feel is something that has no price tag and should belong to everyone, makes no sense,” Williams said.

Currently, £8.3bn of student loans are outstanding. A total of 98 per cent are believed to be held by graduates working in the UK, but 123,000 of the Student Loans Company’s borrowers live overseas.

A Student Loans Company spokesperson said: “Not all unverified borrowers will owe money. While some do, others may not be working, may be in receipt of benefits, not earning enough to repay or may be between jobs.”