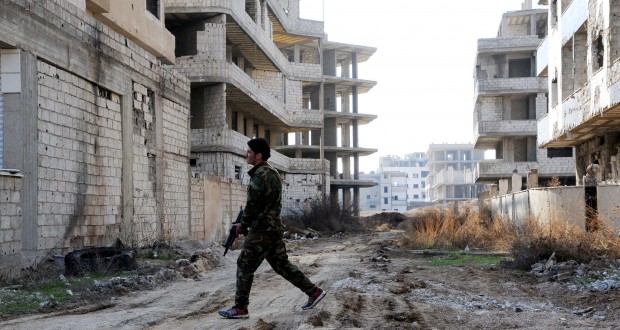 The pair will focus on how local and foreign journalists collaborate to contextualise the conflict for a variety of audiences, before exploring the objectives of various jihadist groups, the use of chemical weapons from Assad’s forces and the misery of the Syrian people who are caught in the conflict.

The debate has terminated.

They also appreciated that the knowledge of languages is fundamental to grasp the cultural-dynamics of a specific country.

The two agree that working as a freelance is incredibly risky, as the lack of fixers and security advisers at their disposal translates into a lack of expertise.

“Being killed in Syria is a very normal thing,” said al-Hajji.

Mr al-Hajji mentioned some of the dangers of war reporting, including kidnapping and dodging air strikes and bullets.

Spencer revealed that the Western media outlets were wrong to approach the Syrian conflict as they did with Iraq.

Yasser al-Hajji claimed that a no-fly zone over Aleppo and northern Syria would be a good idea as a lack of air strikes could deter some from crossing into Europe.

Spencer said that the Obama administration – despite its achievements in domestic policy – failed to grasp how quickly the revolution gained momentum.

The beheading of British aid worker David Haines, beheaded by the jihadi group, is a strong example.

Spencer defends the prevailing coverage of ISIS in the West, saying that the group provides the highest number of news stories that link with West.

Reporting from London, New York or any other major centre on the Syrian conflict – sacrificing direct investigation on the ground – fuels coverage of sectarianism.

Journalists who embedded within the regime were not free to operate and witnessed only one side of the story, according to Richard Spencer.

Mr al-Hajji said the Western media outlets tend to amplify the concept of sectarianism is the main dividing force of the conflict.

Spencer emphasises that secularism, sectarianism and conservatism should not be confused.

Yasser al-Hajji condemed Bashar al-Hassad for ignoring the injustices committed by his secret services and police forces across the country.

Since 1992, the constant suffering of the Syrian people accumulated over the years to the point that they could not stand a second dictatorship.

He added that the escalating number of foreign fighters flooding into the region was not the only contributor to the revolution.

Richard Spencer highlighted the pivotal role of social media in spreading news across all the people of Syria.

As of 2013 the conflict acquired a much more internationalized tone, when foreign fighters gave birth to jihadi groups and a US-led coalition was formed in opposition.

He suggested that the revolution started in Deraa because the police tortured the teenagers who drew slogans on walls and showed their bodies to their families.

Mr al-Hajji stressed that knowing about the latest changes in checkpoints and police movements is a big advantage, not only in Syria but in any war-torn zone. 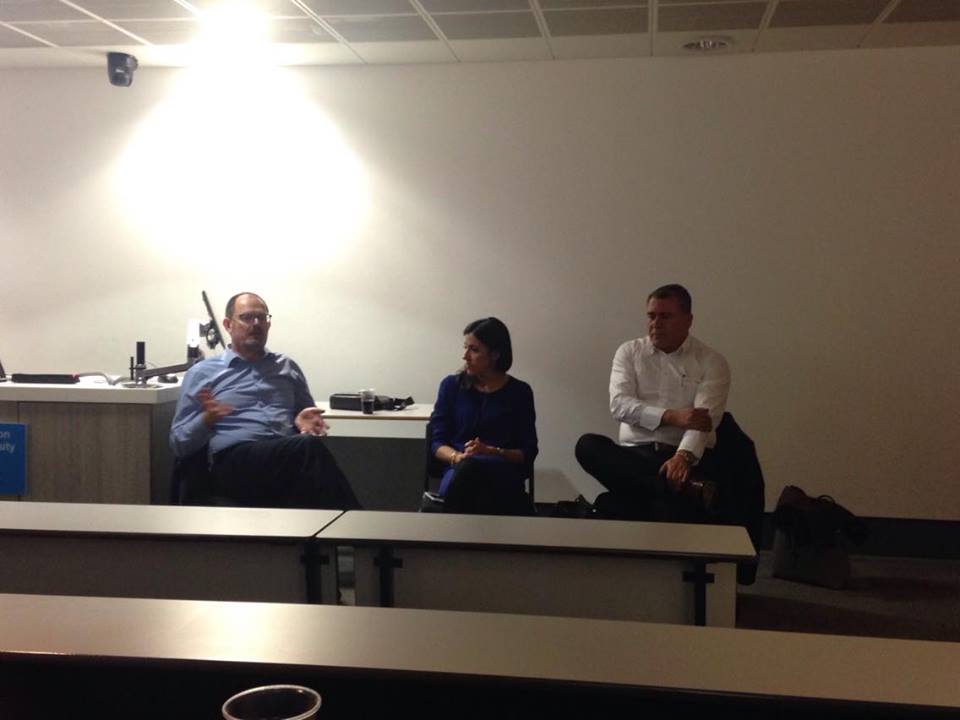 The teenagers were then killed by police forces.

The revolution in Syria broke out after teenagers painted anti-governmental slogans on walls in the town of Deraa.

Yasser al-Hajji claimed that knowing the mentality of the regime was key to operate as a journalist in the country.

The main difficulties were the lack of acquaintances, language barriers and visa applications, which required several months to be processed.

Richard Spencer opened the debate by mentioning how tough conditions in Syria prevented the practice of journalism.

The debate will commence at 6:00pm.