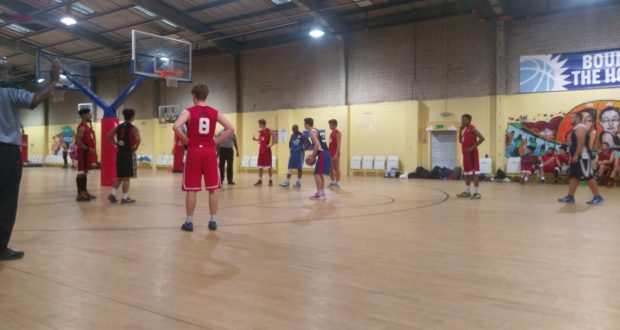 Point guard, Egor Gorshkov, at the free throw line where 19 of his points came from Photo: Laurence Bohan

Written by Laurence Bohan on October 24 2016

An undersized KU men’s basketball team were made to feel even smaller when King’s College London beat them 78-50 on Wednesday in Bermodsey, south London.

The Cougars were missing four of the taller members of their squad and were made to pay for this as the King’s dominance in rebounding laid the foundations for a comfortable win for the home side.

Despite the difference in size, KU gave as good as they got at times, only just being pipped in the first and fourth quarters.

But it was a poor showing in the second quarter, where they were outscored 26 points to eight, which left them with a deficit that they were never realistically going to come back from.

“Today we did not have any big men, we had about four or five big men who didn’t turn up today and most of the points were from rebounds, we tried to do a jumping game instead of boxing out but the rebounds were a complete killer,” said the team’s captain, Youssef El Hana.

Kingston were playing their first game in the South Eastern 3A League after last year’s relegation so would have expected to do well against a team who finished third in the league last year.

But KCL, who now have two wins from two, showed that they will be strong contenders for the title this year with some very talented players among their ranks, including Fabrizio Rudari and Andreas Katsiamides.

Kingston had a player of their own who stood out in guard Egor Gorshkov, who the King’s defence resorted to fouling throughout the game.

The sight of Gorshkov at free throw line became a very familiar one and the Russian, who has played pro basketball in his home country, hit an astonishing 19 points from the line to add to his first half field goal, thus scoring 21 points in all, almost half his team’s total.

El Hana, commenting on the performance of his point guard said, “man of the match was Egor for sure, he is a very very good player, first year in the team but has a tremendous amount of experience, he is an absolute asset to the team.”

There was also a good display from Namy Sadeghnia, who was effective for the Cougars on the fast break and finished the game with nine points to his name.

Although the talented Terry Hlomayi managed to get himself eight points- seven of these came in the first quarter after which his scoring abandoned him, shooting wildly at times from three point territory, a theme which ran throughout the Kingston side.

“It’s the first game together, the official start to our BUCS season. People are getting used to playing together. No one was slacking, we had a few things going against us like height but it gives me a chance to see these guys play,” said El Hana. 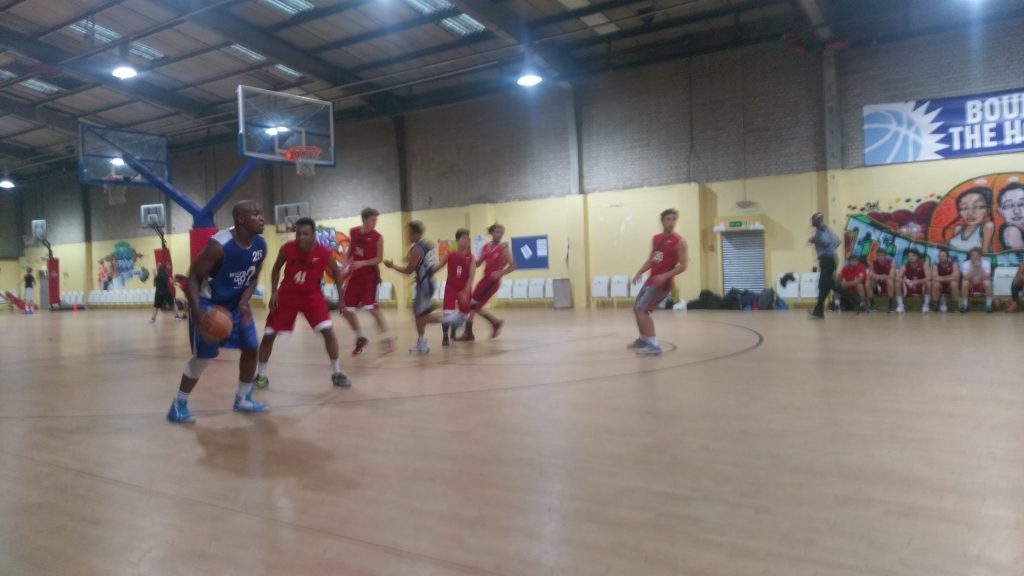 The Kings played physical basketball throughout the game and frequently found themselves in foul trouble early on in two of the four quarters.

The game was played at the home of basketball side, London Thunder, which is affectionately known as the “Thunderdome” and given the Kings persistent fouling, tensions began to rumble as KU became frustrated.

This came to a climax at the final whistle when both teams got involved in a scrap, KU not taking kindly to their opponent’s rough tactics and the heckling which could be heard coming from the KCL bench.

The referees intervened and the players calmed down on both sides.

Kingston were only in the lead once during the games entirety and that was in the first play of the game, predictably coming from the charity strike with Gorshkov sinking both free throws.

The cougars could have gone in at the first level but team captain, Michael Villegas, missed two free throws at the line.

The second quarter is where things unravelled for the away side as Kingston could not sustain their level of performance while the kings were able to turn their play up a level, especially on the defensive end.

It was not until six minutes into the second period when Kingston finally scored a field goal with Sadeghnia scoring a layup before the be-speckled Luis Santos matched that straight after to threaten a mini comeback from KU.

This revival was very short lived though as Kingston found themselves down by twenty points at the half having been hurt on the break and from long range by accurate Kings shooting. 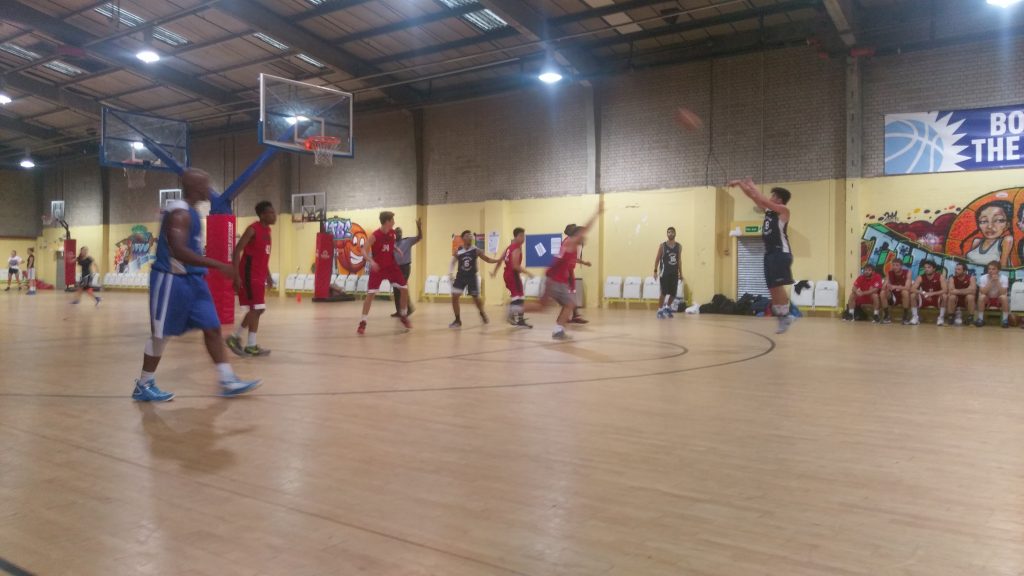 KLC’s Katsiamides disagreed with the notion that the game was won on the boards saying, “it was not the big men who beat you today, it was on the fast break.”

The third quarter was closer between the teams, but Kingston’s shooting from range did not get any better although Villlegas did hit a three towards the end of the quarter after some good ball movement.

It was a case of damaged limitations going into the fourth with KU just trying to keep the score down and close out the game on a positive note and they did exactly that, losing the final period by only one point.

Gorshkov continued to make his living from the line, getting seven points in the last quarter.

However, as had been the case during the whole match, the Kings superiority in rebounding continued to be a major factor, something which KU will hope they won’t have to worry about as much when they play University of Chichester in the cup on October 26, when they will hope to have their big men back on the court.

Despite the defeat El Hana still came away from the game positive, saying, “I really do have a lot of hope for the future, with the bunch we have here I think we can win this division.”

“I think these guys can do some damage this season, even if we don’t win it, we will be in the top three positions for sure,” he added.