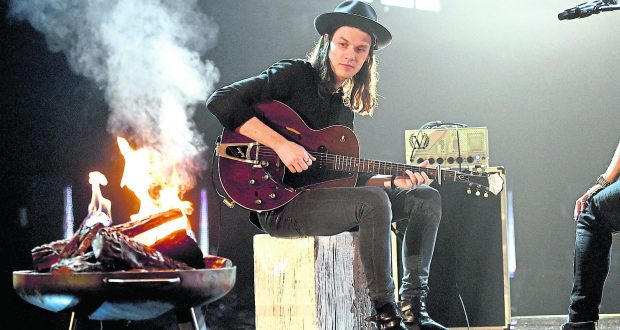 Written by Johanna Christoph on November 4 2016

See Hozier, Bastille and the stars of tomorrow play before an audience of you and your friends in your own living room and pay what you think it was worth – that is the idea behind Sofar Sounds.

In the last 18 months Sofar Sounds had a rapidly growing popularity. Phoebe Petridis, director of Sofar London, says it was especially thanks to word-to-mouth from young adults and students that helped Sofar gain such popularity globally after creating a concept that appeals to that audience especially. Six years after the foundation, Sofar Sounds exists in more than 270 cities worldwide and brings new and rising stars into a cosy living room audience.

“I think it’s the way we run our shows. At a normal concert everyone is talking over the music. At our gigs, everyone is sitting down and just listens, so we have a very different approach and the people just love the music, millennials especially. I think they want to be one of the firsts to see a new artist before they blow up, they want to be there from the beginning and that has built the buzz around the hidden gigs,” Petridis said.

The concept behind hidden gigs is the mutual respect between artist and audience. If one decides to go to a gig, they can either apply for a spot or they can buy a reserved ticket. The latter has a varying price depending on the location, but whoever applies and gets a spot, is free to pay for the gig whatever one deems appropriate. One may pay only five pounds to see The Naked and The Famous, whereas normal concert tickets cost five times as much.

The people only learn a few hours beforehand the exact location of the gig, and they get to learn the line-up right before the show starts. Usually, three artists come to one gig and play after each other. The musicians are announced right before the start to avoid people coming late or leaving early.

“Every now and then of course there is a risk that they walk away and not like any of the bands. But we try to make a really diverse night, we try not to have three artists of the same genre, maybe we have an indie band and a synth rock band and we hope that the people at least like one of them. Normally they walk away with at least one band that they love. I’m sure there are people who didn’t like any of the bands, but that is really rare,” Petridis said.

There are 85 gigs all over London this month. Gigs are held partially at residential spaces, flats, student houses and ware houses, but also in commercial areas such as galleries, breweries and tattoo parlours.

“Anywhere where you wouldn’t think of having a gig, we’ve had gig,” said Petridis.

However, in six years there has not been one Sofar Sounds gig in Kingston yet. Petridis thinks that a reason for that might be that the location is further from central London, where the majority of shows are held. However, Sofar Sounds also does collaborations with universities such as Westminster and University College London “and we’d love to collab with Kingston as well,” Petridis said.

The smallest location can only fit 45 people and the biggest venues have space for about 200 people, however that is only for special occasions, as with the amount of people the gig loses the intimacy which is one of the major selling points of the concept.

“It used to be so that we had to squeeze so many in one location that it was starting to become uncomfortable and that is not what we want. Now that we have more gigs it’s not as bad anymore, because we know the people will go to another gig and we won’t disappoint as many anymore,” Petridis said.

There are hidden gigs happening every week and the number of applications for spots is still rising. Petridis is convinced the demand will not decrease so soon. The 190 team members on the London team work constantly on finding new music and artists to create the popular mix at the Sofar gigs.

“More people just want to come and last year at this time, we had 15 gigs a month, and now 85. I think if we stay true to what we do and put as much effort into awesome shows, people won’t get sick of it,” Petridis said.