Word of Mouth is no longer Word of Mouth. What used to be a goose bump causing social event has lost its soul and feels like it is for one clique.

Word of Mouth is an open mic night that first happened in October 2014 by an ex-KU student to be an open place for all and for creativity to flow.

Word of Mouth was one man’s passion and it showed. I would feel invigorated every time I went. I introduced a lot of friends to it and made a few along the way.

His vision was to have a platform for anybody and everybody, he was happy for it to not be profit-making because he believed in it.

He had strict rules such as to respect people by not talking while they performed, to clap, to make friends and get creative.

It became more and more popular in the past year that speaking, shouting, generally being loud and being drunk were more important than respecting some performers.

It started with about 30 people hanging out in Knight’s Park bar and became such a popular event that the bar would regularly be at capacity.

St. Patrick ’s Day 2015 was the craziest and coolest I have ever seen in Knight’s Park even to this day.

I originally went along out of solidarity because we knew the creator and it ended up being the only night out we would always go to.

Sadly, The creator of Word of Mouth overstayed his visa and had to move back to New York. He is Word of Mouth and without him it’s just another Kingston club night.

It was carried on last academic year in his honour and was good for a time but without their founder it has died a death. We just need to admit it.

It is always the same people doing the same stuff. Regular fans such as me hardly ever attend anymore before it does not have the same infinite feeling anymore.

It no longer had a clear leader that was always humble. It would always be rushed. It felt like some of the organisers and performers could be obnoxious in their pride.

Word of Mouth has lost its accessible feel, it is just one clique, and  no longer feels like an open place to meet like-minded people.

The soul and creator of Word of Mouth now holds one in his own home town of Brooklyn, NY and if I was ever there I would go in a heartbeat.

It was Kingston’s beacon of individuality in a town of  the same old club nights.

I have nothing against having an open-mic night but it should no longer be under the Word of Mouth umbrella to bring in paying punters.

However, they advocate it as for the fans but it feels more of a night for them and their mates.

I have memories from Word of Mouth that will stay with me for life, it was my main night out in my first year and I enjoyed it with what I hope are lifelong friends.

But it is no longer what it used to be, it’s lost it’s soul and that needs to be admitted. 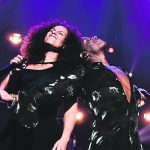 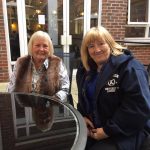