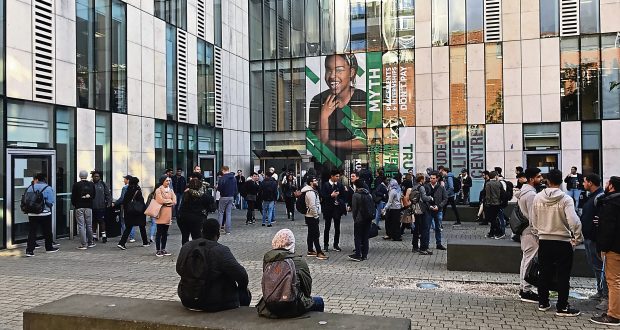 Written by Dino Groshell on November 10 2016

Nearly half of British KU students did not vote in the EU referendum, a survey by The River found.

The study was conducted at Penrhyn Road, Knights Park and Roehampton Vale campuses, and 500 students were asked how they voted. Results showed that 210 did not vote, while 290 said they did. Out of those 290, only 32 voted to leave the EU.

KU student Alex Belanger, 20, said: “I didn’t vote because I didn’t think people would actually vote to leave. I was confident that everyone was going to vote to stay and I thought the whole vote thing was to please right-wing voters, so I didn’t think much about it. But I was shocked and devastated when the results came out and I regret not voting. I really wish I, and others, voted.”

Another KU student, Nitin Ralhan, 22, said: “I voted because I feel that voting is something everyone needs to do. I voted to stay, of course, because we would have a much stronger economy if we were a member of EU. Sadly, the vote went to leave the EU and it’s a shame really. But, looking on the bright side of things, now that we have left, we can build our own country and become a global player of our own.”

Statistics by The Guardian revealed that 64 per cent of registered voters aged 18 to 24 voted in the referendum.

A survey conducted by The River last March showed that 80 per cent of KU students wanted the UK to remain the EU.

Nationwide statics by The Guardian revealed that 75 per cent of those aged 18 to 24 voted remain, while 25 per cent voted leave. Nationwide voter turnout was 71 per cent with more than 30million people voting. Leave won by a marginal victory of 52 per cent.