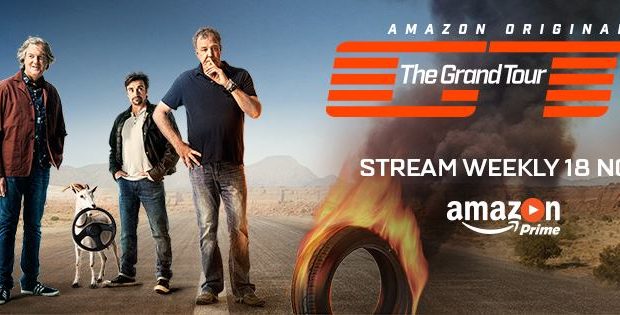 The Grand Tour: What to expect from Amazon’s £160m series

Written by Rebecca Jeffreys on November 25 2016

Former Top Gear presenters Jeremy Clarkson, Richard Hammond and James May are back with a bang (quite literally), as the first episode of The Grand Tour on November 18 was a teaser of things to come. 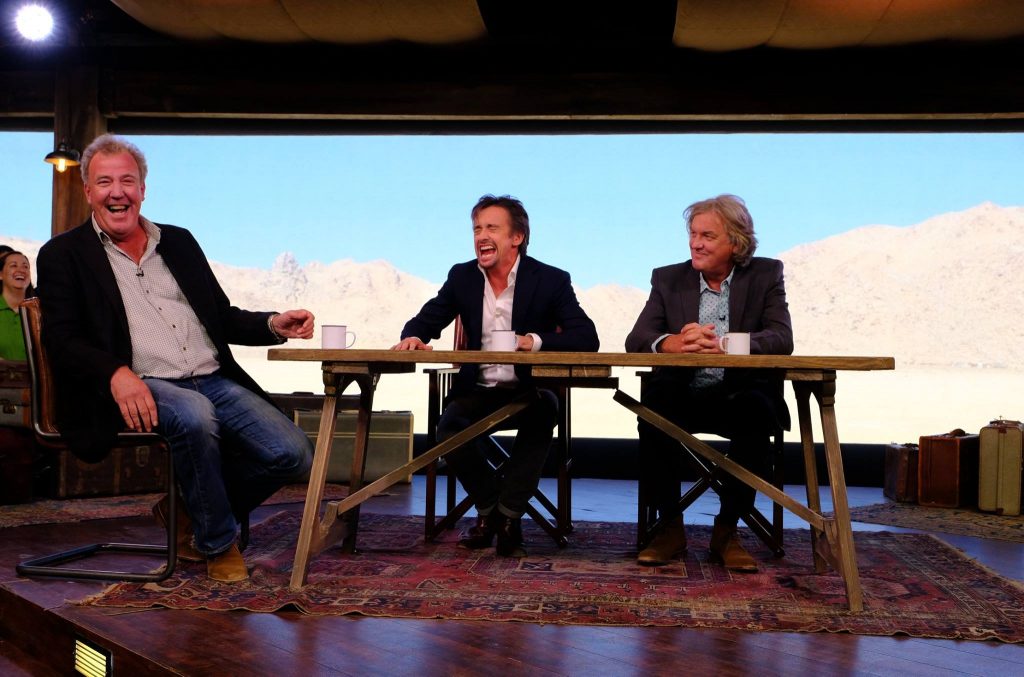 Clarkson, Hammond  and May are reunited in The Grand Tour

Amazon poured £160m into the new series that will air weekly for 12 weeks, ending on Friday, February 3.

After Jeremy Clarkson’s ordeal with the BBC , fans were forced to watch Chris Evans and Matt Le Blanc present Top Gear. Luckily, this was not the end of the road for the original Top Gear trio.

The Grand Tour gives the presenters another chance to live out their dreams and continue with their dad jokes, whilst driving extravagant cars and travelling the world.

The first episode featured a Mad Max-style opening sequence, where Clarkson, Hammond and May raced across the Californian desert, where their studio is based.

The show also kicked off with fighter jets spreading coloured smoke across the Californian sky, a live audience in the middle of the desert and camera angles that got your blood pumping.

The cinematic production is spectacular and sheds new light on the cars that are featured in the episodes.

The first episode featured a race between Jeremy Clarkson, who drove a McLaren, Richard Hammond, who drove a Porsche 918, and James May, who drove a Ferrari La Ferrari.

Clarkson was so confident in his McLaren that he stated if it did not win, both Hammond and May could knock his house down. The McLaren came last, so we have something to look forward to.

The Grand Tour has already broken the Amazon prime video audience record since airing last Friday, with millions of views according to a Amazon.

What can we expect from The Grand Tour? Well, other than the fast cars, they are also going to be hosting it in a different country every week, giving people the opportunity to go and watch it live, and let fans enjoy different sights. Tickets to watch live are available online for free.

The Grand Tour was a huge success according to reviews and viewing figures, and Clarkson tweeted: “Genuinely relieved and grateful today. Huge thank you to everyone who has sent messages.”