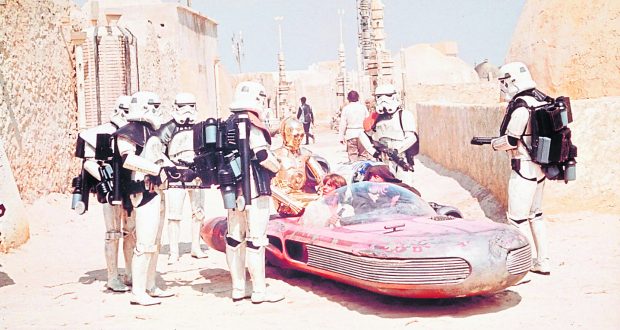 The classic Star Wars is still better than the new ones

Written by Johanna Christoph on December 5 2016

They had a legendary stand-off with Han Solo and let Obi-Wan Kenobi make a fool out of them in a way people still laugh about today. The background actors of the original Star Wars: A New Hope reminisce on how they joked behind the cameras and became part of one of the world’s biggest franchises.

At a signing of the new Star Wars documentary Elstree 1976, John Chapman, a rebel pilot, and Anthony Forrest, who played the mind-tricked Sandtrooper on the desert planet Tatooine, said they disapproved of Episode VII’s storytelling.

“You know, how can Luke Skywalker lose his lightsaber? The Millennium Falcon is lost, Princess Leia is just somewhere in the desert?” said Chapman, 61. “For me, the first three Star Wars films were the classics. We were using proper props, film extras in the bag, there is CGI (Computer Generated Imagery) now of course, and of course it is obviously close to my heart, the first trilogy.”

They are also referred to as the classic Star Wars films directed by George Lucas in the 1970s and 1980s. They tell the story of Luke Skywalker.

Lucas also filmed another trilogy in the early 2000s, which are chronologically set before the events of the classical films. The 2000’s tell the story of Anakin Skywalker, who later becomes Darth Vader.

“Nothing to do with the technical side, but the story-side of it. I felt it was a little bit like what you see in television episodes: Previously on. Because it was an amalgamation of so many ideas, so I was hoping to have something fresh, and I didn’t feel I was getting any fresh story,” said Forrest, 65.

Forrest’s Sandtrooper spoke the infamous line: “These are not the droids we are looking for” after Obi-Wan “Ben” Kennobi, played by Alec Guinness, used the Force to confuse him in Episode IV.

“I thought I was getting a recap of what was going on before. I would’ve liked to see what George Lucas’s stories would have been like. He had stories for VII, VIII and IX, and I would like to know what these stories are,” Forrest said.

“We do the scene and it gets to the point where the dummy is shot. The dummy of course explodes across the entire studio and the costume is on fire and they immediately put it back on me, still smoking,” Blake, 67, said in the documentary. “That’s how they used to do things in the early days.”

Angus MacInnes, 69, who played a rebel pilot and shot scenes with Han Solo and Princess Leia, had been “heart-stopped” when he walked on set on the first day. “There must’ve been 150 people in Stormtrooper outfits, all lined up like military, and I was like: Holy shit, look at this, what’s going on? I mean I couldn’t believe it,” he said in the film. 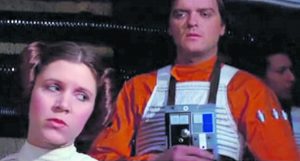 Darth Vader, also known as Anakin Skywalker, was portrayed by three different people. David Prowse, 81, said in the documentary that he is “eternally grateful” to George Lucas for giving him the opportunity to play Vader.

“Here I am, an actor, who has played a part in a movie and the part has been accepted by the public and is being regarded now as being the ultimate screen villain of all time. It’s my name in the credits, Dave Prowse is Darth Vader,” he said. 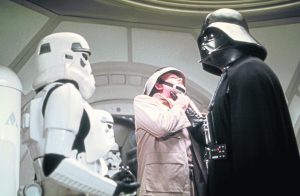 Jon Spira, 40, filmed the Star Wars documentary because he wanted to explore the stories behind the background actors in the classical trilogy from the 1970s. Although many scenes set on the fictional planet Tatooine were shot in Tunisia, some scenes were also shot in Elstree Studios, North London.

“I did it because I was really interested in the community, about the people who signed autographs for Star Wars but had quite small roles within the film, and the community that sprung from that is fascinating,” said Spira.

“I met John years ago, and I knew that he was in it and I just wanted to see that and explore it, I didn’t really know what film I wanted to make, I just wanted to explore the community and see what happened.” 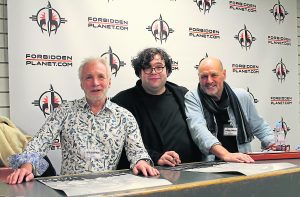 He did not know what kind of documentary it would eventually become, but he managed to track down iconic background actors like Jeremy Bulloch, who portrayed bounty hunter Boba Fett. A Boba Fett spin-off is being talked about and a young Han Solo spin-off is currently in the works.

Despite the weak plot of Episode VII, Spira liked the casting of the protagonists. “You know what? It had a young black lead and had a young female lead. That was enough, I was so impressed by that.”

The upcoming Star Wars: Rogue One is a spin-off set chronologically a few months before the events of A New Hope. Parts of Rogue One were also filmed at Elstree Studios.