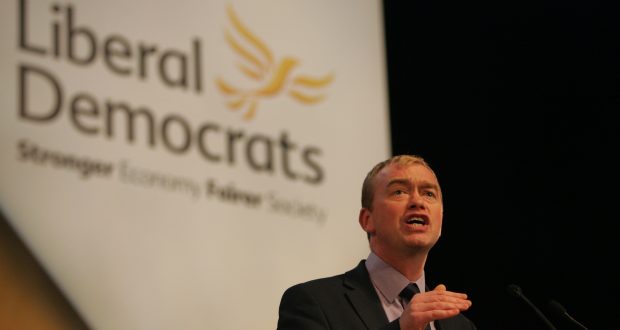 Written by Dino Groshell on December 19 2016

The leader of the Liberal Democrats called a recent NUS report, which showed increasing numbers of students entering the sex industry to pay for living costs, “very concerning”.

The report showed that nearly 70 per cent of those already in the sex industry said they entered it to pay for living expenses and rents.

Speaking to The River, Tim Farron said: “The situation is very concerning and it’s clear that many students are now struggling with the increased cost of living, especially rising housing prices.”

Farron said he would bring back maintenance grants, and increase the amount to cover all living costs to prevent students from entering sex work.

“I think we need to ensure that the maintenance loan really does cover the true cost of living at university. Equally, we need to solve some of the wider reasons that students face high costs, particularly the cost of housing,” he said.

The government recently scrapped the maintenance grant and replaced it with additional loans that must be paid back when students finish their time at university.

Tim Farron described the government’s decision as a “huge step in the wrong direction”.

“We fought tooth and nail against this Conservative government’s decision to scrap maintenance grants for poorer students and it clearly isn’t the right priority,” he said.

“This was a huge step in the wrong direction. If elected, our priority would be to improve social mobility and ensure students from more deprived backgrounds get the support they need.”

The government recently announced that it will allow universities to raise tuition fees in line with inflation caused by Brexit, which resulted in protests by both students and lecturers.

Farron called the government’s proposal “deeply unfair” and said that “Lib Dems are fighting the plans”.

“I’m really concerned that the government is planning to allow fees to increase even further, and, even worse, trying to freeze the point at which graduates start paying fees back,” he said.

He added: “This means that students could end up paying more each month, from a lower starting salary than under the deal which was previously reached.”

Martin McQuillan, deputy Vice Chancellor of Kingston University, said Brexit made planning for the University’s future difficult and that he was concerned for Erasmus students, research funding cuts, and the future status of both international staff and students.

Agreeing with McQuillan, Farron said: “We are also very concerned about the impact of Brexit on the reputation of our universities.

“Our education spokesperson, John Pugh, recently wrote to every Vice Chancellor asking for their views, and 74 per cent said they thought Brexit would hurt our international reputation, with only 4 per cent saying they didn’t think it would.”

He went on to say that “Liberal Democrats are the only party with a clear plan on Europe” and “one of our priorities is to protect the Erasmus student exchange scheme investment in our universities and participation in European research networks”.

Farron also revealed plans to win back the Kingston seat which was lost to Conservative MP James Berry in the last general election.

“The big priority right now is winning neighbouring Richmond Park and North Kingston, where our excellent candidate Sarah Olney is taking the fight to the UKIP and Conservative-backed Zac Goldsmith.

“A good result for the Liberal Democrats in this by-election will send a strong message to the government against hard Brexit, and will lay the foundations to try and win back seats like Kingston at the next general election.”