Being a Tory, Amber Rudd wouldn’t normally receive my praise. So I wasn’t surprised when that praise didn’t last long. She was even reported to the police by a Professor, who being a professor you would think he would know what he was doing, but obviously not and then the police did their important job that Rudd as Home Secretary would surely appreciate. They recorded the incident but did nothing else.

Think back to the Conservative Party conference in October. Rudd made a speech about cracking down on foreign workers and said they shouldn’t be able to “take jobs that British people should do”.  Controversial? Yes? True? To an extent.

Of course, I’m all for immigration and the benefits it gives us but when I hear about firms advertising jobs abroad before advertising in this country, I grit my teeth and let out a sigh. For once I found myself agreeing to a Tory speech but without the Parliamentary ‘Here, here’.

This agreement only lasted until after the speech when an aide announced plans of forcing companies to make lists of foreign-born employees. Abolishing advertising abroad for jobs first would be good but compiling a list of immigrants working at companies would be sinister and stupid.

This is literally an idea out of Adolf Hitler’s Mein Kampf: “It’s very important that firms declare how much of their workforce is foreign because they’re just domiciled in this state simply as earners of their livelihood there.”

The divisive policy was rightfully challenged by opposition parties with the Lib Dems leader, Tim Farron, labeling the plan a “nasty little policy that deserves to be thrown out on the rubbish heap”.A week later, the Government did just that, abandoning the plans with a U-turn that Rudd may have thought was needed because of too many foreign drivers. And Nigel Farage thought he had no friends in Westminster.

Then, Oxford University Physics Professor Joshua Silver went as far as to report the speech to West Midlands Police, admitting to only reading the speech and its feedback. But it’s pretty obviously not a hate crime- a crime committed which the victim thinks was carried out because of prejudice. This was preposterous. Someone not qualified in law reported it without watching it. A seemingly logical statement by Rudd being reported as a hate crime by someone it wouldn’t even affect.

The police then concluded they wouldn’t be investigating Rudd’s speech as a hate crime but recorded it as a “non-crime hate incident“.  The irony is written all over it since in July 2016, Rudd announced The Hate Crime Action Plan, encouraging victims of hate crime to come forward.

But seriously, if it’s not a crime, what’s the point in recording it?

The whole event of nonsensical plans being drawn up, backtracked, reported but only recorded is a waste of time.

Time where helpful, genuine polices could’ve been drawn up like sorting out the mess the Tory’s have put the NHS in, but that’s another story.

Time where police could’ve been investigating real crimes and catching real criminals and protecting the country, which you’d think Rudd would agree with being Home Secretary. 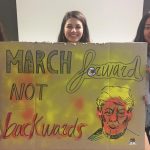 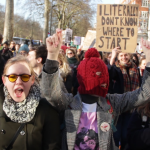