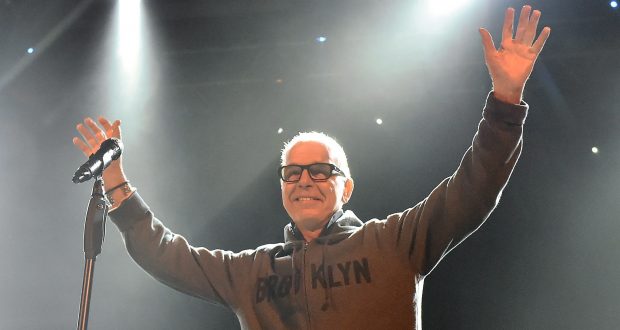 Tony Visconti worked on some of Bowie's most famous albums such as Young Americans, Low and Heroes. (Photo Credit: Rex Features)

Written by Christian Walton on January 19 2017

Tony Visconti, record producer of David Bowie and visiting professor at Kingston University, said that he was “flattered and honoured,” to be the namesake of the new Visconti Studio located in Kingston Hill which were opened last September.

Visconti, who helped produce Bowie’s albums from 1969’s David Bowie to 2016’s Blackstar, revealed that as well as helping budding producers he also helped choose the equipment for the studio as well as the décor.

“It certainly has all the right gear. I would work in this studio, it’s a first class studio,”  Visconti said. “It’s all old, vintage, nice sounding warm equipment.” 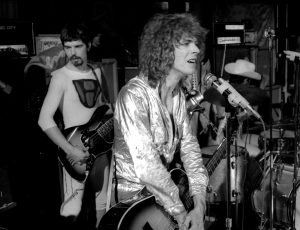 Visconti performs with Bowie in 1970.
Photo by Ray Stevenson/REX/Shutterstock (563045e)
Tony Visconti and David Bowie
David Bowie and the Hype in concert at the Roundhouse, London, Britain – 11 Mar 1970

The studio, which is located at the Kingston Hill campus, was opened in September 19th  last year, and is unique due to it being an analogue rather than digital studio, a feature chosen by the award-winning producer.

“There’s more of a pulsation in analogue sound its warmer and it feels like as familiar as your heart beating in your chest whereas digital is a little cold, its very accurate and its very clinical,” He said.

“This element is missing from today’s music. People don’t practice as much as they used to, and they use digital music as a big safety net. People tend to spend more time editing these days than practicing and playing.”

As a visiting professor Visconti plans to help many of Kingston’s aspiring musicians and claims that he hopes to teach the students how to record records his way.

“I try to under record rather than over record [the music] and this is what I want to teach my students, give them a more classical sense of making a record then the modern way.”

However he also pointed out that there are various issues that modern producers have to deal with that he didn’t as he points out that distribution of music is now an issue claiming, “The radio system kind of died out.”

Despite this Visconti remains optimistic about contemporary artists claiming that “If your music is really good quality it will rise to the top, it’s the only way I know how to do it, how you make a hit record.”

The Bowie producer, who conducted a talk at Visconti studios last December, commented that he enjoyed doing talks due to his passion in music production which he has worked in since the late 1960s. 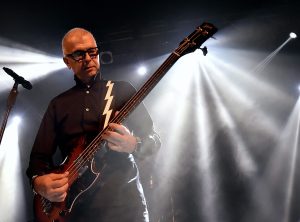 Visconti performing a solo tribute for Bowie in January 2015.
Photo by Canadian Press/REX/Shutterstock

“I like to talk about the geekier aspects of making a record the nuts and bolts of it, and it certainly fascinated me as a young musician. To see how records are made its really magic, its magical.”

Visconti, who has worked with critically acclaimed artists including T. Rex, Paul McCartney and Morrissey, said that he was honoured to have a studio at Kingston University named after him.

“I’m taking it very seriously. If I’m going to put my name to something then I’m going to make sure it works. I’m very happy about it. Very happy.”

Visconti, who is touring with Bowie tribute group Holy Holy in early 2017, is a nominee for Best Engineered Album, non-classical at this year’s Grammy Awards for his work on David Bowie’s last album Blackstar.