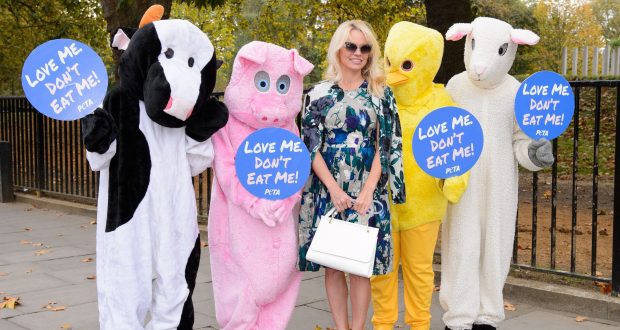 A crossfitter, a vegan and an atheist all walk into a bar. How do you know which one is which? Don’t worry, they’ll tell you.

No one really seems to like vegans. It must be a tough existence, living off carrot sticks and tofu and pretending to like the sacrilege that is cheese-less pizza.

Maybe it’s because they seem to be everywhere these days. From Ariana Grande to Ellen DeGeneres, you can’t escape them. They’re like one of the apocalypse plagues: frogs, fiery hails, vegans.

I don’t have anything against the vegan diet itself but I have a theory that depriving oneself of dairy meat and all things delicious makes people act aggressively. Like mad cow disease but in reverse.

We all know what we think when we hear someone say: “I’m vegan” (other than: I didn’t ask, why are you telling me?). We assume that the person is a pushy, self-righteous, lecturing, soap-boxing, holier-than-thou activist.

Vegetarianism is simply a diet; veganism is a lifestyle, a religion. But, unlike organised religion, vegans don’t stick together, they tear each other down in the hopes of winning the title of Ultimate Vegan.

There is so much hate surrounding veganism, anyone who isn’t vegan is automatically a murderer and evil. It seems unacceptable to them that someone might choose to live their life differently. I choose to live my life the tasty way: cow’s milk in my coffee, cheese in my toastie and lots and lots of bacon.

So much propaganda is spouted about how our ancestors didn’t eat animal products so why should we?

Our ancestors used to do a lot of things such as die at about thirty years old, apply poisonous lead for makeup and use leaves as toilet paper. So maybe we shouldn’t take too many tips from our forbearers. (Although now I think about it I’m sure vegans would love some organic leaf toilet tissue).

“We’re the only species that drink the milk of another animal; don’t you think that’s awful?” A vegan may ask me. Not really, I’d reply, we’re also the only species to have sophisticated technology, healthcare and Wi-Fi, I’m not about to give up my iPhone because a cow doesn’t have one.

I am automatically opposed to anyone who tries to shove their beliefs down my throat, be it political, social, theological or dietary. I have been told on multiple occasions to “just try it”. Vegan peer pressure is real: just say no to dairy-free alternatives.

To conclude: vegan cheese is the most disgusting thing I’ve ever put in my mouth. Please stop.

Grace McGachy is a third year journalism student and deputy editor of The River and a news presenter for Radio Jackie.