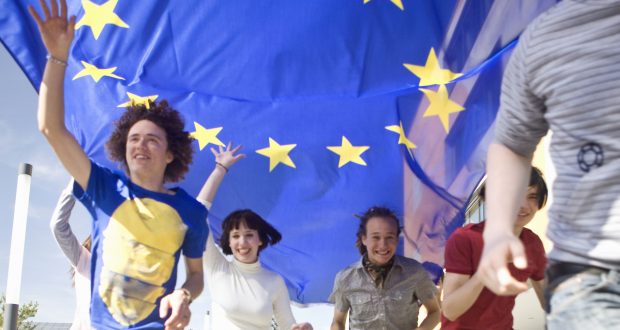 UKS will work to protect EU students from the effects of Brexit. Photo Credit: Rex Features

Written by Sarah Sinclair on February 3 2017

The Union of Kingston Students (UKS) will work to protect EU students from the effects of Brexit after the proposal was approved at the union’s ITS Big Student Meeting (AGM) on Wednesday.

This result has come after Kingston’s Deputy Vice Chancellor said that he is concerned for the universities international staff and students after Brexit.

The first point of protection is that this will include UKS lobbying against EU students, who currently pay the same tuition fees as those from the UK, having to pay more in the future.

Zuzanna Zajac, an interior design student who proposed the motion, said: “If EU students start being considered international their fees will rise, while they will not be granted Student Finance.

“They’ll also have to get visas and be limited to the amount of hours they can work while they study.”

Some students disagreed with this aspect of the motion.

Rachel Imlay, a politics and international relations student from the United States, said: “I understand and support the merit of this motion and I understand that EU students shouldn’t have to suffer because of the choice that British people made to Brexit.”

“But whether we like it or not the UK is no longer part of the EU. So it’s not fair to international students that EU students would still get the benefits, such as lower tuition fees and unlimited work hours.

“It’s almost xenophobic to expect exceptionalism to the rule simply because you are an EU student in a country that is no longer part of the EU.”

Now the motion has been approved the UKS will have to converse with heads of faculties about how they can counteract the effects of Brexit, while investigating what can be done and form networks with other universities to combat the Brexit aftermath.

Zajac said there will be an increase in xenophobia among the general public as an effect of Brexit, and that it would be a disaster for it spread into academia.

She wrote in her motion proposal that: “English universities have a good standard of education but can lose a lot if they close their doors on the EU influx of students.”

The motion also said international education should be available for young people so they could escape nationalist views and that their generation needed to be around multicultural societies.