Kingston Men’s badminton team were thrashed by Imperial College London’s 2nd team last Wednesday, who were level on points with Kingston before the game but now are leading them in the table.

There were eight games in total with the two teams of six that before this game was level on five points. Two people played singles and four played doubles with each team member playing two matches.

The Captain of KU’s badminton team, Nick Downard said: “I’m quite annoyed that we didn’t win. We could’ve won 5-3 but it’s just one of those days.

“It was a bit annoying because we drew against them last time, 4-4. I felt we probably should’ve drawn at best but that’s just the way it goes.”

“I was close to winning my match. I should’ve won every single game.”

Farhan Asghar and Michael Liu won Kingston’s only match, a doubles match whereby they lost the first set but then won the next two.

Asghar said: “It was really easy. I think in the first game we figured them out, where to play the shots and things like that so it was easy in the second game, that’s why we beat them to 10 and the third one.

We started getting lazy really, and they came back.”

Brandon Chau, who lost his matches against Imperial College, explained the respect he had for the opposition as they were a strong team.

He said: “Today we were against Imperial College second team, who were in the top division year, they actually got demoted. So they were literally at the top of the league all these years and it was a real privilege to play them today.

“We always knew Imperial were a strong team and they were today. We tried to give it our all.”

Kingston’s next fixture is next Wednesday at home to Royal Holloway, University of London Men’s first team, a team they beat 6-2 last time, on the 24th of February. 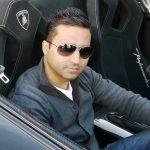 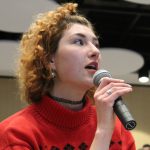