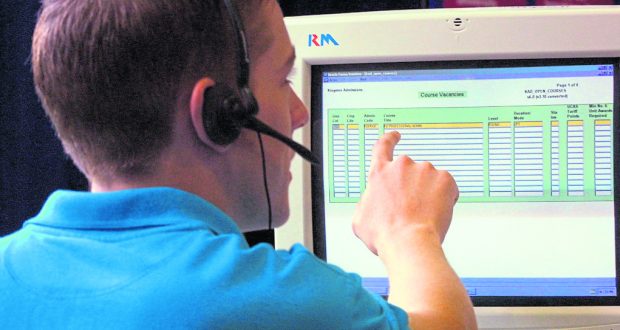 Over 100 courses are being slowly brought to an end. Photo Credit: Rex Features

Written by Shani Kotecha on February 2 2017

This year Kingston University has chosen to stop taking in new applications for a multitude of half-field courses, and will eventually be phasing them out.

Over 100 courses are being slowly brought to an end, starting with the last group of first year students. While this does limit the choices prospective students have, it does so in a positive way.

The jump from school to university is a major one, but one that also signifies leaving childhood behind, and starting to think about a career. At this point in time, if you still cannot decide whether you want to do drama or international relations, it’s best to pick one. No job will ever include both.

While it can be argued that at the age of 18 it is difficult to decide what your entire life will be devoted to, students would be better informed on a subject when completing a full field course rather than half of one and half of another.

By removing the indecisiveness of half-field courses, students would be fully immersed in a single subject, rather than with one foot out the door.

Many of the half-field courses seem to be odd combinations of subjects that don’t seem to fit into one career category: criminology with spanish studies, drama with psychology, english literature and human rights, the list is endless.

By taking half-field courses, students are limited to half the amount of information that full field students receive. When it comes to graduation and choosing a field in which to pursue a job in, this leaves them at a disadvantage compared to those who have done a course in a single field.

Limiting the amount of combined courses that exists also benefits timetabling of classes. Resources and time once spent on having to synchronise classes from two separate courses, can be dedicated to more pressing matters.

The oddity of combining separate courses is made even more apparent when looking at class sizes, as the percentage of students who choose to do half-field courses is small compared to full-field. Consequently, the lack of interaction and peers students in these classes have is limited.

An alternative has been put forward to replace these combined courses with electives, which would allow students to do a full-field course as well as one or two modules from other select courses.

With this, the more undecided of the student population would still be able to complete one full field degree, as well as have the option to explore other fields, without causing much hassle. A win-win for all.