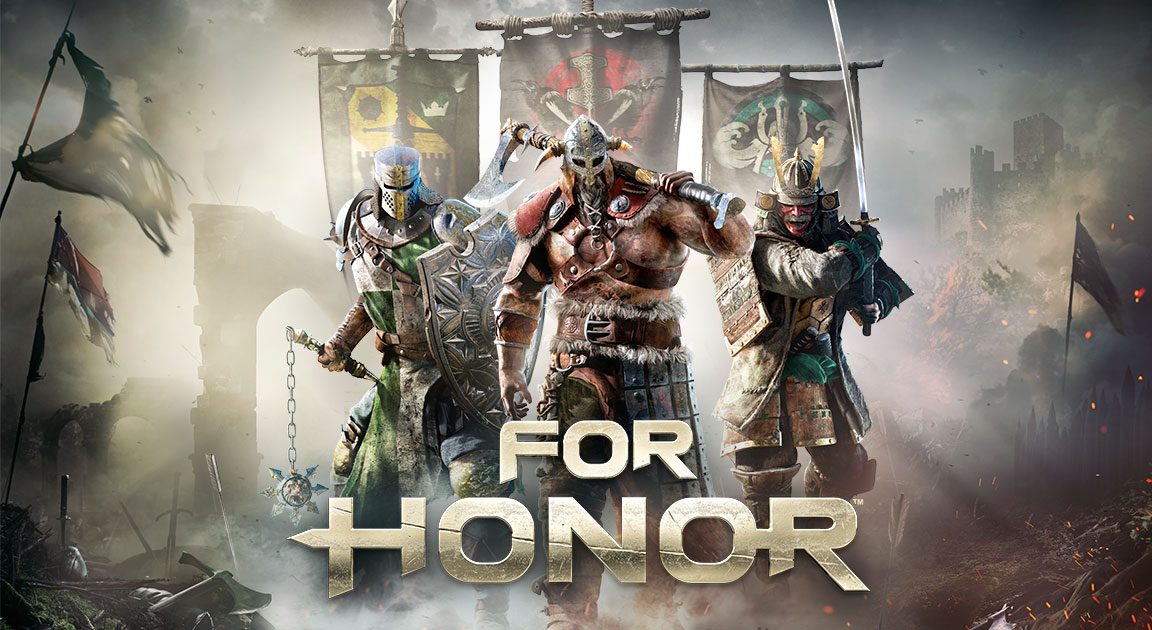 For Honor is not bad for a game that suffered 10 years of failed pitches.

Jason VandenBerghe was walking home after a course in German longsword and started to think about how you could fight like this using a controller. This became the birth of For Honor, an action fighting game that involves thinking instead of just slashing, and it was released in February.

After 10 years of rejections, Ubisoft Montreal finally accepted the idea in 2012. VandenBerghe became the creative producer and Stephane Cardin brought his experience of producing Prince of Persia and Naruto games to become a key figure in For Honor’s development.

And generally, they did a good job, making a fun fighting game with a great combat system.

A warrior called Apollion is the main character who instigates a war between the three factions, Knights, Vikings, and Samurai, because she thought they were becoming too weak.

The boss fights were fun since they were difficult, requiring more thinking. It was good to be able to play as each faction and nice to see that the chapters from each were vaguely related.

One of the weaknesses of the story was how short it was, taking only seven hours to complete. I enjoyed playing it but was never that gripped by the plot, I just enjoyed the gameplay. The main strength of the game would be its combat system and being able to play online.

Fighting herds of enemies and bosses with an innovative combat system was great fun. Fighting games can get repetitive but I never found myself bored playing For Honor, just annoyed when I was killed. There’s lots to like here from the good graphics to playing as and fighting different types of warriors.

Ubisoft have found a niche in the market with For Honor, which I very much liked because of its unique, tactical combat system. It could be compared to other great fighting games like Tekken and Injustice but For Honor differs because of this unique combat system.

The main strength of the game is its brilliant combat system, dubbed the art of battle. Although it took a while to get used to, its really good. It involves holding down one button to lock onto an enemy while fighting and directing where to hit them, at their right, left, or downwards on their head. There is actually tactics to it. You have to hit at parts of their body they are not currently defending and you have to quickly direct your defence, whether it be sword or shield, depending on the character, to the side the enemy is attacking to parry it. The stance indicates where the next attack will be striking you. This is it at its most basic form and is great fun.

There are smaller enemies in herds that do not require this combat and you only need to hit them once to kill. It’s fun running across the battlefield, killing loads of these in quick succession.

You are able to do a lot more too, like implement different combinations, push buttons to stun the enemy or break their guard, feint an attack and interact with the environment a little, for example, knocking enemies over the edge of a cliff to kill them.

I found the multiplayer really fun to play. You can play as one of each faction, the Knight, Viking or Samurai, each with different play styles and four different characters to play as, however each faction has similar classes, for example, a huge hero that has strong strikes but is slow.

It is great to be able to play against different types of warriors and actually think about what to do instead of just striking. For example, playing as a smaller class against a heavy character, you have to dodge, strike quickly and dodge again.

There are five main multiplayer modes: dominion, duel, brawl, skirmish and elimination. Dominion is my favourite, a huge battle with four players against four along with many small AI bots, whereby you fight to capture and hold strongholds. The other modes are the best of five rounds. Duel is a one-on-one fight, duel is two-on-two, skirmish is similar but with slightly different rules and elimination is four on four. I enjoyed elimination, beating the first enemy at the start and then running to help my teammates. All of these modes can be played with players against AI bots, or for duel, just you against one AI.

Playing online, whether working as a team or fighting one-on-one, is great fun. But it was frustrating when teammates died and I found myself outnumbered. Or when fighting one player and then getting hit from behind by others.

There’s a whole faction war, which seems like a really good idea. At the start of the game you pick what faction you pledge allegiance to, which does not stop you playing as a different faction online. The world map online is split into the three factions of Knight, Viking and Samurai. After playing games online, you gain war assets which you deploy to defend your own territory or attack an enemy’s one. Whoever gains the most territory at the end of each season, when Ubisoft release new DLC (about every ten weeks) wins. If your territory wins, you gain more XP and steel, the in-game currency.

On the PS4 Pro, For Honor runs at 1440p at 30fps while on PS4 it only runs at 1080p at 30fps, so there’s good graphics on both consoles but it runs a bit smoother on the PS4 Pro. Also, the game is locked at 30fps on consoles to make sure it always hits the locked framerate and does not drop. But if this framerate bothers you, the framerate is unlocked on consoles.

To develop the game, Ubisfot Montreal used Anvil next engine, which they had used for Assassin’s Creed unity, Assassin’s Creed rogue and Assassin’s Creed syndicate so large crowds of soldiers look good. These games did contain bugs but so far, I haven’t experienced any in For Honor.

Danny Bensi & Saunder Jurriaans, both known for minimalist film scores, took on the task of composing the soundtrack. The main soundtrack was ‘Knights Promises’ which I enjoyed listening to but it is quite a slow song, not something I expected in this game.

I liked the thumping of the drums that added tension but found too much silence in the game. Waiting for a game to load online was dull since there was no background music.

The sound effects were good. I remember hearing my opponent’s sword smash against my shield and my character grunting when I was hit.

The voice acting was okay, but sometimes did not make the characters seem believable but I understand how it could be difficult to bring a knight pondering the purpose of wars to life.

Despite there being only a few multiplayer modes to choose from and not a gripping story, For Honor accomplished what it set out to do. It’s a good fighting game with a tactical combat system, and great fun to play online, battling against other players. If you are interested in sword fighting, or action, or fighting games, I would highly recommend For Honor. 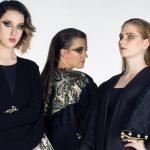 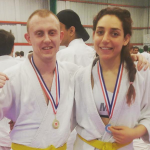