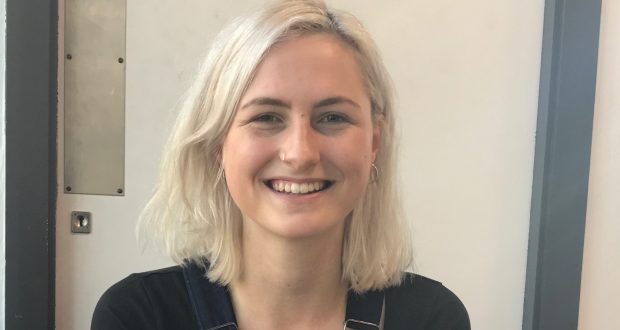 A Kingston University student has come up with an idea of weekly meetings for female students to discuss their backgrounds and learn about each others cultures.

Megan White, 23, a third year Politics student came up with the idea while doing her Erasmus year in Prague. The meeting is to encourage and strengthen the interaction of women from different ethnic backgrounds. This is to make Kingston a better university and to build bridges to stop the potential of people casting stereotypes.

She said: “Kingston is extremely diverse and everyone’s background is different, but we are quite segregated as well. In class you will have people sitting together with the people they are more like. Which is okay, we stick to what we know.

“However, it is sad because it makes it hard to ask people about thier culture or beliefs without thinking they might get offended.”

The first Building Bridges meeting had a huge turn out of girls from different backgrounds and showed that KU students are open to such platforms where they can develop connections on the lines of different religion, nationality, race and interests.

“It was nice walking round hearing different people’s conversations, people who came were so interactive. The questions being asked were exactly what I wanted which are questions which you can only ask in such a safe environment,” said White.

Chey Anne Martin, a  20-year old politics student,attended the event and said: “It was one of first experiences I have had at Kingston that gave me an opportunity to learn things I wouldn’t have heard otherwise.

“I met girls from all sorts of different backgrounds, religion and cultures.  I would definitely come for another event.” 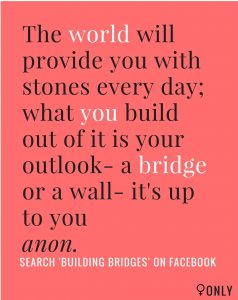 In a broader look, the government integration policy is a process in which immigrants become accepted into society as individuals and groups. It plays a crucial role to create an area for such communities to come together.

White states that it has not been successful throughout the years due to most people feeling like it shouldn’t only be applied to immigrants but all citizens. Moreover, it is problematic because it does not do the job properly, it segregates people and also gets rid of their identity.

To help that situation on a local level, White said: “The project will be beneficial to help use one element of our identity which we all have in common which is being a woman. Using that to find commonalities between us we learn about other people’s identities.”

Building Bridges will also welcome women of different sexualities, and create a safe environment to share without being judged or feeling uncomfortable.

White said: “Multicultural policies don’t recognise multiple identities. For instance if you are a Muslim lesbian, the policy does not support that identity which can be really detrimental and damaging to some people.”

Safrina Ahmed, Kingston student union campaign officer, also attended, and said: “I enjoyed meeting different people and I was amazed at how fast people open up. I expected more barriers but surprisingly that wasn’t the case.

“The union will look into continuing this event as I have had many people saying they have never had such an event before. I see people around university but never had the guts to approach them and this event broke those barriers.”

White’s future plan is to extend the platform to have male students as well, as it is vital for them to be included.

She said: “Most decisions in the world unfortunately are made by men and also a lot of anger come from men. Lots of aggression that men are taught to have and I think a platform for them to be themselves and talk about their issues is important.

“The feedback has been positive. People really enjoyed being here and I am really excited for the next one.”

The next meeting will be happening on the 16 March. For more details check out the Building Bridges Facebook page.