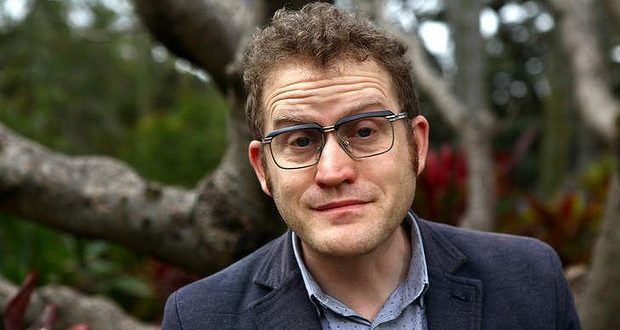 Australian documentary maker, radio personality and journalist John Safran appeared at The Soho theatre in London to read from and discuss his award-winning book: Murder in Mississippi.

Safran, from Melbourne, Australia, wrote the satirical true crime story in Jackson, Mississippi, where he submerged himself for a year in 2014.

Safran said: “There is a subjective element to living with the people you are writing about. I would have never have got the depth of the story had I not lived in Mississippi.

“It’s the way I prefer to write about crime, rather than for a newspaper or law firm.”

The book follows the trial of Vincent McGee, a young black man who is facing the death penalty for the murder of a Ku Klux Klan member, Richard Barrett, in Barrett’s home.

McGee was also convicted of arson for attempting to burn down the house to destroy evidence.

Although the book is initially set out as a straightforward case of race relations, it is later revealed that Barrett had been paying McGee for sex, and the murder had been a result of this.

Safran spent his time in Mississippi in contact with McGee, who was facing death row, and ran errands and paid McGee for information for his book.

Safran broke many ethical codes for his book, and also faced danger by submerging himself in a world of prejudice and crime.

He said: “The thrill [of facing danger] is what drives me. It’s like driving a car over the speed limit. You think, not this time, I won’t crash this time.”

Safran’s close interaction with the friends and family of McGee and Barrett “makes the book come alive”.

“You get people’s natural reactions. A true perception of what they are like and how they feel. You learn a lot about them, and that can be translated to the reader as well”, he said.

He also shared voice clips from his Dictaphone which were taken during his time in Mississippi researching and writing the book.

One clip featured McGee threatening to ‘get [Safran] killed’ if he didn’t do what he was told to.

He reacted to this threat with laughter, explaining he never really feared for his life, despite McGee being a convicted murderer.

The event closed to God’ll Cut you Down by Johnny Cash playing, which was the unofficial theme song of the evening and the book.

His other shows include John Safran’s Race Relations which was nominated for two awards at the prestigious Rose d’Or Festival in Switzerland.

Murder in Mississippi is widely available in book shops and online.

Ameet is a journalism undergraduate who is interested in pursuing ethnography.