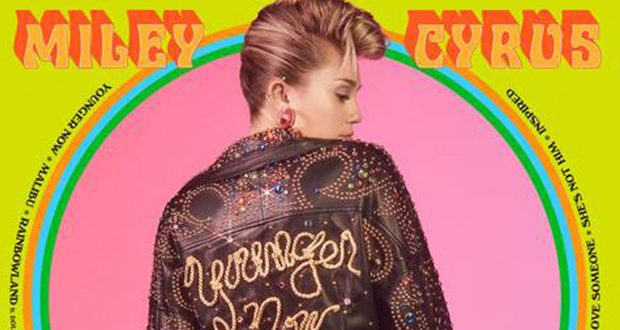 Miley Cyrus’ album ‘Younger Now’ is anything but a wrecking ball

Miley Cyrus’s latest album Younger Now is a long way from the days of Hannah Montana, with Achy Breaky Heart-breaking hits to get you feeling all kinds of country blues.

Miley’s music career has given us iconic pop-wonders such as Wrecking Ball and We Can’t Stop, songs created for the Top 40. Younger Now sounds less Now 97, and much more of what Miley really wants to produce – music for herself. In Rainbowland, we’ve got country superstar Dolly Parton offering a cutesy Southern recording, the star lending her vocals which gives heaps of 70’s country love.

The 11-track album is tinged with Shania Twain and Stevie Nicks vibes, intertwining country and mainstream pop. Younger Now’s fresh approach to country music includes top tracks such as the indie-rock tune Love Someone, a song about moving on for the greater good, and Miss You So Much, a soothing, heartbreaking and echoey melody about a friend’s boyfriend who overdosed.

The album art channels androgynous Gaga vibes and Elvis’s iconic studded jumpsuits, hinting that this is an ode to the South, Miley’s past and LGBTQ history, which Cyrus refers to in Rainbowland, singing “Where we’re free to be exactly who we are”.

Listening to Younger Now you hear all of Miley’s musical endeavours, giving us pop-teen-esque Malibu and quaint country singer sounds in Inspired. Younger Now speaks for pop-culture and Miley’s activism, and it addresses who she was before in the albums eponymous first track, “Even though it’s not who I am, I’m not afraid of who I used to be.”