Kingston Council plans for new flats on Penrhyn Road could be a welcome boost for future students seeking accommodation.

The council is interested in the way the new development will free up family housing currently being used by students, but the University is unhappy with the construction completion date.

The 115 room, multi-coloured flats were only approved by the council in March and will not be built in time for next year’s students.

A spokesperson for the University said: “We have been actively seeking additional accommodation for the students. The University considered the development on Penrhyn Road but it did not meet the first criteria at that time, which was that it should be ready by September 2013.

“The University will look at this, along with other developments, in the future.”

Despite these problems, councillors have expressed interest in securing Kingston University students as the occupiers in the new flats being built in place of the garage on Penrhyn Road’s roundabout.

Kingston Councillor Vicki Harris said: “I think most of my colleagues would be absolutely delighted if university students were to take up residence in this new block.

“There is a significant waiting list for university students needing accommodation and if this can be provided in purpose built units, then it could release a lot of family homes which are currently being used for student accommodation.”

Real estate company Amro is building the new flats and plan to begin construction in July 2013.

Investment director for Amro, Ed Fisher was “delighted to confirm” the accommodation was aimed at Kingston students.

He said: “The location is very well suited for the campuses at Penrhyn Road and Knight’s Park.

“It’s also pretty much right on the doorstep for all the shops, restaurants and nightlife Kingston town centre has to offer.” 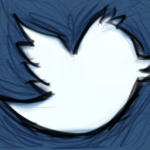