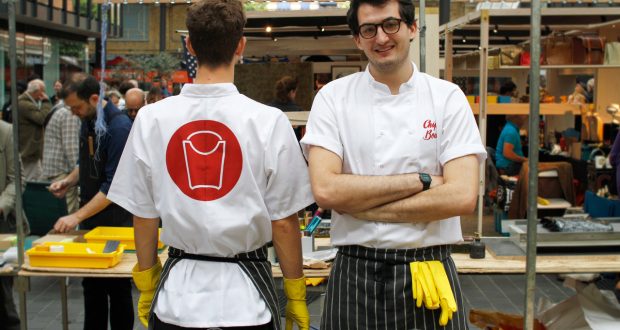 Written by Elena Cherubini on October 17 2017

Rob Nicoll, 23, and Rowan Minkley, 22, developed Chip[s] Board, a biomaterial from potato peelings as hard and resistant as medium-density fibreboard (MDF) which can be used to manufacture furniture.

“Chip[s] Board can completely eradicate woods and be used as a long-term material but if you do need to be able to make temporary structures it doesn’t have that kind of damaging effect from non-recycling materials,” Minkley said. 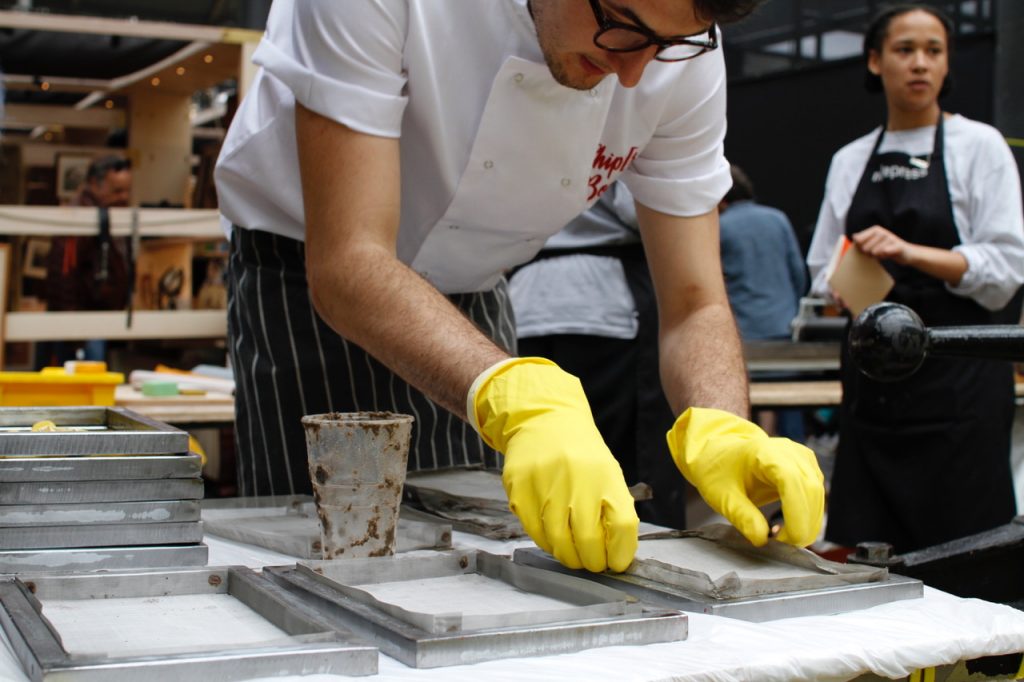 Nicoll preparing a sheet of Chip[s] Board

The process to manufacture Chip[s] Board includes several steps. Some of them were defined “secret” by the team as they are still in the procedure of patenting the product.

From collecting the peelings it takes about a week to have a fully formed board. The process is completely natural and only water is added to the final product.

“We collect peelings which would normally be going to a compost or landfill, make sure they are washed and then we put them through a few processing stages which include compression and baking,” Minkley said. “It is during the compression and the baking that it moves from being like a pulp to a very dense and compact material.”

Being sustainable and biodegradable, it will break down if soaked in water or left outdoors for too long. If kept inside Chip[s] Board has the possibility of lasting forever.

However, MDF, the competing material, is not water resistant either and if it gets wet it starts to break down.

“Is not waterproof because it has to biodegrade but it is just as water resistant if not a tiny bit more than MDF,” Nicoll said. “We see the fact that if you leave it outside it will degrade as a huge upside. 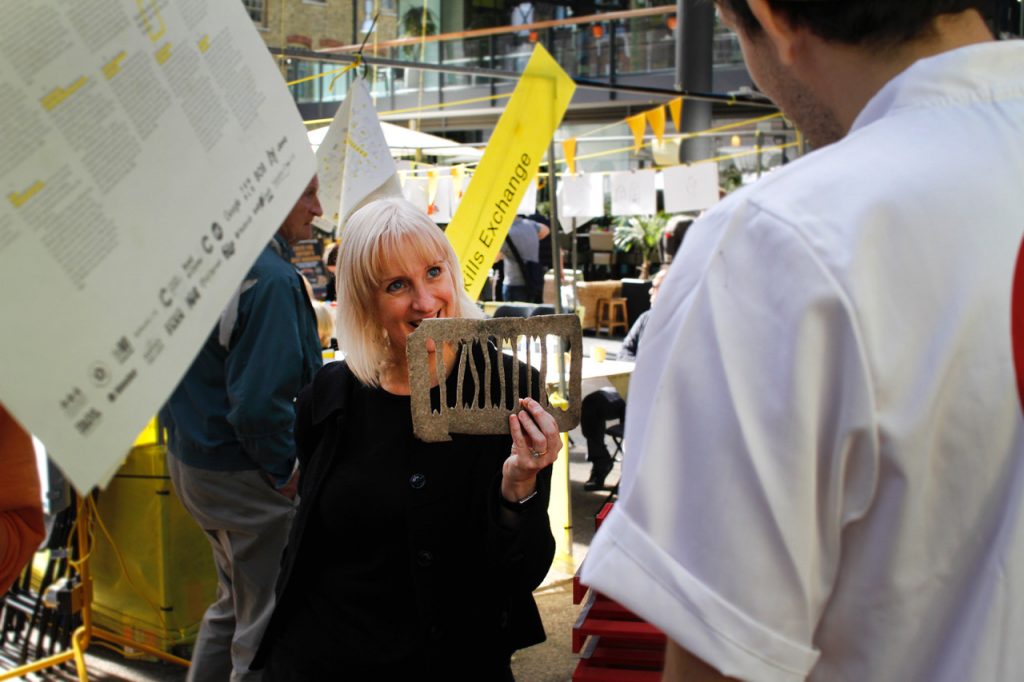 An example of work created using Chip[s] Board

The two are also trying to develop ways to make it more water resistant while still maintaining its biodegradable feature.

From an economic perspective producing Chip[s] Board is cheaper than MDF as there are no upfront costs.

“With us the only cost we would have before manufacturing would be delivering the waste to our facility,” Nicoll said. “We are not only not buying the wood, we don’t happen to buy the chemicals and the resins that also go into MDF.”

“Then it is down to heat, water, electricity and staff which are involved even when manufacturing MDF,” Minkley added.

The only downside to it is that, since it comes from a natural product, the recipe varies according to the type of peeling used.

“For every time we have had a supply change we have had to tweak the recipe,” Nicoll said.  “We don’t add anything and that’s really important to us but there is just how it is processed and that has to change depending on what kind of peeling we are receiving and I think that’s the biggest challenge.”

The two students developed the material during the first term of their third year at Kingston as part of a university project..

“The university and the tutors gave us amazing support. The tutors themselves have been absolutely fantastic in giving us these opportunities. They have given us the foot in the door,” Nicoll said.

Chip[s] Board won the Mike Bond award which consists in a bursary of £1000 and the incubator award. In addition to that, both students received an “investigation into material process award” alongside their degree.

Several people, including collectives of designers have approached the team to get involved with their work.

“One thing we really found is that the interest for our material is there, when people find out what it is and they see how strong it is then they are really enthusiastic about it,” Nicoll said. “We always get an amazing response.”

The team’s long term aim is to replace any non-eco sustainable material with Chip[s] Board and have their product become industry standard.

“Our long-term goal would be to completely eradicate the use and production of MDF chipboard and all resin based boards,” Minkley said. “It is like adding value to a waste produce rather than just putting straight into bin waste.”