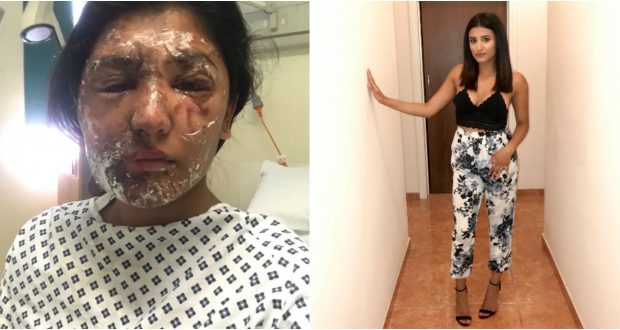 Acid attacks: the under 18s ban is not good enough

Written by Chanel Buituron on October 3 2017

The sale of the corrosive substance was banned by the home secretary, Amber Rudd under 18s in order to reduce the increasing amount of acid attacks which had doubled since 2012 according to recent figures.

While banning the substance to under 18’s is a good start,  Amber Rudd, who is responsible for internal affairs, could have done more. It’s hard to believe how easily acid can be accessed especially students at secondary schools, are able to handle chemicals.

However, this came with extra caution and teachers being on high alert for those that weren’t taking it seriously. The fact is acid can be purchased online for the price as little as £5 without any form of license. Change.org had called a petition for sulphuric acid to only be sold to people with a license.

The number of acid attacks has soared from 186 in 2014-15 to 397 in 2016-17, official figures show, including 45 in April this year. In 2017, one of the biggest street festivals in London, Nottinghill Carnival, was on alert to acid attacks and saw a group of people attacked. A nightclub in East London, Mangle, had 20 people sprayed with acid over a row over drugs earlier in 2017. The club evacuated 600 guests, including stars on reality TV show TOWIE.

So why isn’t there a restriction on these revolting face melters? the Government’s decision to ban acid to under 18s is simply not good enough. To handle dangerous chemicals you should have a qualification or certificate to say you can handle the chemicals or proof to show they aren’t being used recklessly.

The attacks have caused life-changing injuries and there are no guarantees victims will recover fully. The ban will not change anything majorly, It is too easy for teens to get access to other illegal substances and ID’s. How is this ban going to drastically change anything? People are still going to access the substance easily because the ban is not strict enough.

People found in possession of acid, with intent to carry out an attack, can get a sentence of up to four years. Carrying out an attack with a corrosive substance can result in a life sentence, depending on the nature of the charges. The Government need to make consequences harder by giving people a sentence longer than four years preventing them from being able to attack someone in the future.

I know that when I go on a night out or want to book a festival the question in the back of my mind is: ‘will it happen to me?’ People should not be living their lives in fear of another person’s stupidity. It should be forbidden to everyone other than scientists and kept out of the hands of thugs who don’t realise the consequences of destroying someone’s life.