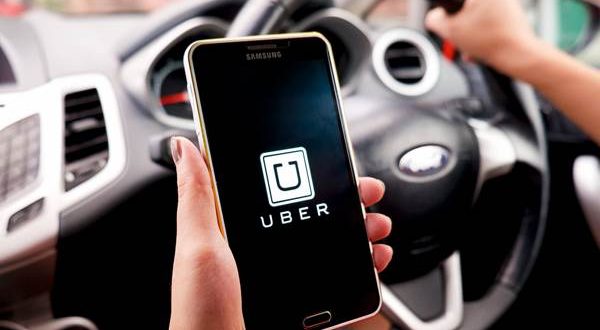 KU student claims she was groped by Uber driver

A KU student feared for her safety after an Uber driver from the troubled taxi company Uber groped her, she told The River.

The 20-year-old, who studies at Knights Park, had left a Kingston nightclub after a drunken argument with her boyfriend and she was assaulted during the Uber ride on her way home in September.

Transport for London (TFL) are revoking Uber’s license due to the company’s approach on reporting serious crimes and how background checks are completed.

The student said: “He crawled up my leg, at the top, and squeezed. His hand went to go up my skirt when my phone rang.”

“Thank god it was my friend who was checking up on me, it rang at the right time because my phone was already in my hand so I answered it right away.”

The student said she had been to the Pryzm nightclub with a group of friends, following an argument with her boyfriend she previously had that day.

As she was drunk she decided to go home after having six vodka lemonades and two sambuca shots.

“It first started from typical taxi talk, ‘How are you? How’s your night been?’ And I told him how my boyfriend had been an idiot and how upset I was, and because I was drunk I was probably rambling on and on.”

After the driver sensed she was upset, he began to give her compliments to “cheer her up”, but the comments became suggestive and more inappropriate as the 20 minute journey continued.

“Even though I was drunk I could sense something wasn’t quite right, I kept feeling him swipe past my legs every few minutes to probably change gear.”

She has not reported the incident to Uber or the police because she was worried that they might not believe her, as she was drunk, and due to the fact there was not any evidence.

She remembers the driver was around mid 30s to early 40s with dark hair and dark features, but does not want to identify him as she is worried about the consequences.

At the end of the journey she searched for her keys in her bag, but the driver offered that she could stay with him instead and that he would “treat her better” than her boyfriend.

“Thinking about it makes me feel literally sick, but I froze and didn’t know what to do. But because I didn’t throw him off I feel like in his head I encouraged it.”

The victim felt she shared part of the blame for the driver’s actions because she became “too personal” and and did not directly “shut him down” at any point.

“Thank fuck my phone rang when it did. My friend told me to ring her when I got in but as I took longer she worried about where I was, I already had my phone in my hand so slid it across and picked up straight away.”

“I pretended as if she was nearby, which is when he let go of my leg. Nothing else was said as I got out of the car and he just drove off.”

Since the incident she has not used Uber or travelled alone after dark.

Her advice to other Uber travellers is to always be aware of their surroundings and to refrain from travelling alone when possible.

Uber claim to take any reports of sexual harassment very seriously but the usage of CCTV cameras is for the driver to decide.

Harry Porter, Uber spokesman, said: “Our policy following a serious report is to prevent the passenger or driver in question from accessing the app while we investigate.”

“Any driver found to be guilty would not only permanently lose access to the Uber app but would also lose their private hire licence.”

“We report serious incidents to our regulator (TFL) and encourage users to report directly to the police.”

“We support all police investigations and have a dedicated team of former Met Police officers that works with law enforcement across the UK.”

Head of public policy, Andrew Byrne, said Uber accepts it had shown “the wrong attitude” and was willing to change.

He said the company’s technology enabled the firm to “be far more helpful in holding people to account with police investigations than a traditional private hire operator or taxi company.”